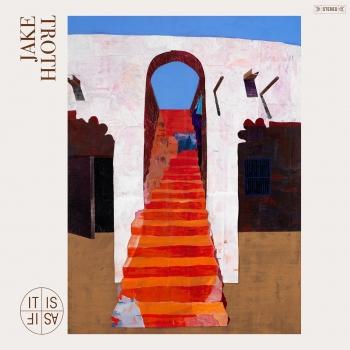 IT IS AS IF 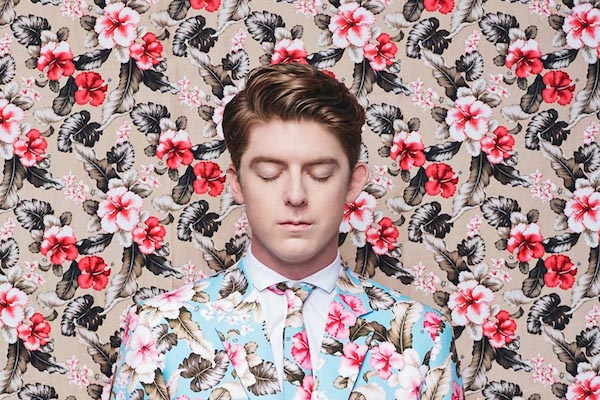 Jake Troth
There’s a certain type of song Jake Troth realized he most enjoys creating: the simple one; the honest and no-nonsense, almost meditative one. To hear the contemplative, soft-spoken singer-songwriter tell it, these songs have no agenda. “It’s about not trying to yell louder than everyone else,” Troth says of the almost Zen-like creative mindset he takes to his songcraft. “In that way you can sing a song, and maybe even do it very quietly, and still have a profound and dramatic effect on people.” Having spent years penning mega-wattage pop singles for an A-list assemblage of some of music’s biggest names, including Big Boi, Lizzo, Sia and Kehlani. Troth yearned to connect to his work on a deeper and more personal level. “I didn’t want to focus on making a hit song anymore,” the North Carolina-born musician says bluntly. “That torturous weight to get a hit that one puts on their shoulders is so detrimental to creativity. I’m trying to get myself out of that mindset.” Troth pauses, endures a brief moment of silence and then adds quite simply, “I just wanted to make really great songs.”
Troth is speaking to the multi-year process that resulted in It Is As If, the singer-songwriter’s stunning major-label debut album anchored by refined melodies and deft lyrical observations. “It’s a very comfortable project,” Troth says of the Dave Cobb-produced LP that was recorded with pristine clarity in the producer’s iconic RCA Studio A in Nashville. “This is the first time I’ve made the album that I’ve set out to make,” Troth offers of the album, set for release this year via Atlantic Records. Troth calls it the project he’s been waiting his entire life to complete.
Discovering the LP’s sweet and succinct sound — and along the way learning that sometimes the spare and undecorated song is the most gripping — saw Troth venturing from L.A. to New York, and at one point even hunkering down in a remote Woodstock cabin to free his mind of distraction. The musician points to one particular evening, however, that he says marked a key turning point in the album’s genesis.
One evening, in the winter of 2016, a house party was winding down and Troth and a small group of his friends, were seated on the floor of a living room doing little more than relaxing and listening to music. As if by instinct alone, Troth picked up an acoustic guitar and began performing a few smaller-feeling songs he’d been working on. “And these songs I was playing were ones that I had initially thought were either underwhelming or were too cheesy to record,” Troth, who along his musical journey had experimented with nearly every genre, from hip-hop to heavy metal, recalls. “But in that moment something clicked: I realized I was extremely happy to be there performing these songs for those people. And I knew I wanted to put them down on record and capture that intimate vibe.”
Since he first signed to Atlantic in 2015, Troth had been working tirelessly on his debut album, but not until that evening’s revelation did he truly understand its sonic blueprint. Near immediately after that late-night session, the musician retreated to Woodstock for two weeks, rented a cabin up in the woods “and basically wrote the entire album,” he recalls of the burst of creativity that followed. “When I was done I came back to L.A. and showed the songs to Atlantic and that was the moment when everyone was like, “This is it! This is the vibe!””
Yes, that late-night, small-group atmosphere he’d experienced at the house party had been deftly translated into a batch of cozy, instantly familiar songs, many of which, Troth explains, deal with the way we betray our natural instincts and spend a lifetime “playing make-believe and telling themselves we can be bigger, better versions of ourselves.” No song more directly addresses this notion, he notes, than “Alive and Well.” It’s the album’s opening track and the one Troth calls “the cornerstone of the project.” In Troth’s eyes, the song is “self-deprecating and romantic and big and intimate at the same time.” Like many of the songs on the album, including the warm “Open Door” there are heavy lyrics and sometimes even those with overtly dark sentiments (“I feel like lying/holding a sign that says ‘Here lay a man well before his time’”). But via their sprightly melodies and carrying the overarching belief that even the most loathing self-despair can be warded off by love and a sense of community, the light always seems to find its way through here.
“Everything is heightened on this album,” Troth says, from the weight of the songwriting to the precise melodies and fine-tuned production. And after years of searching for the sound that moves him, the singer-songwriter has never felt more confident in his craft. “I feel personally it says a lot about who I am and how I feel right now,” he says. It’s the first time I’ve created something that exists in its own world.”