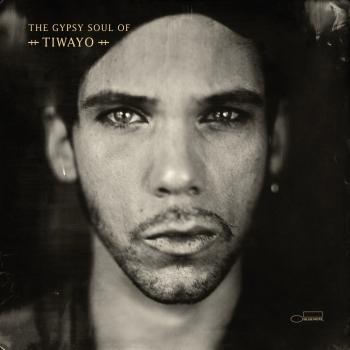 The Gypsy Soul Of Tiwayo 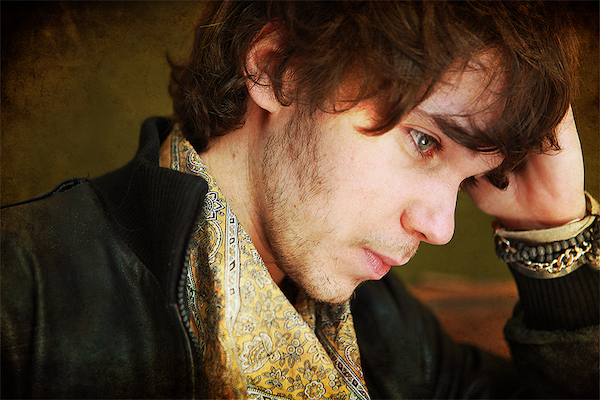 Tiwayo
Although new in the current mainstream landscape, Tiwayo is already mentioned in the media - such as Rolling Stone France, ELLE Magazine or Paris Match - as one of the most promising newcomers at the moment. His unique charismatic voice, which despite his young age brings us straight back to the golden age of soul music, is certainly a serious reason for this. Not to mention his numerous successful opening-acts for Norah Jones, Seal, Sting or Marcus Miller.
"The Gipsy Soul of Tiwayo" will be released in January 2019 on Universal Germany with a strong PR support from Uta Bretsch_communications and the Bureau Export de la Musique Française in Germany. Tiwayo had the chance to introduce himself to the German audience during a showcase at the Reeperbahn Festival/ Hamburg on the 21.09.2018.
Gypsy Soul of Tiwayo marks the exciting arrival of a bohemian spirit who has busked and gigged his way around the world to finesse a rare new talent. The album gathers his influences in blues, soul, gospel and reggae to create a gloriously stylish, rootsy sound all of his own. Listening to it is like finding a classic artist that you never knew about from the 1970s, but one with a completely contemporary ambience.
Master producer Tony Visconti, who knows a thing or two about cutting-edge innovators, heard him and immediately enthused that he thought he could be in church. It’s also small wonder that Tiwayo has the nickname “The Young Old”, because in his early 30s, he has a voice of the ages and a maturity way beyond his years.
Tiwayo’s emergence has seen him opening for such international luminaries as Cody Chesnutt, Sting, Seal, Marcus Miller and Norah Jones, and landing a deal with the legendary Blue Note label. The album sessions found him in exalted company, too. Production is by Mark Neill, the Grammy-winning co-producer of the Black Keys’ breakthrough album of 2010, Brothers, as well as releases by Black Keys frontman Dan Auerbach, Los Straitjackets and others.
“It’s kind of a crazy story, because it’s very simple,” recalls Tiwayo. “It was a good time to start the recording process, and I was a big fan of Mark’s work with Dan Auerbach, so I felt very connected to him before I met him. So I sent Mark some demos and very quickly, he said « They sound good. What would be your dream album » “I was super crazy excited of course, and I explained that I was searching for what he does, a bass and drum-based album with a strong rhythm section and keys, and a simple approach.” They went on to cut the record at Neill’s Soil of the South Studios in Valdosta, Georgia.
Tiwayo’s back story has a few more chapters to it. Growing up in the suburbs of Paris, his early musical schooling came at home. “I received a lot of it from my parents,” he says. “My dad was a jazz fan since the mid-’50s, so I have this pretty clear picture of his room and there’s the sound of John Coltrane, Ben Webster or Wes Montgomery. Also blues, a lot of black American music, and from my mother, more rock ’n’ roll and ’60s pop.” Meanwhile, his big brother’s love of commercial modern-day sounds gave Tiwayo the determination to make art that was truly popular in the broadest sense of the word. All of that gave him a 360-degree view of the power of music to everyday people, which helped his formative efforts on guitar from the age of 16. He collaborated with friends in many styles, including his particular passion for reggae. Work in various studios followed, often with Paris-based natives of West Indies and Jamaica, many of them much older than he. The next ingredient was the travel bug, kick-started by a trip to Haiti, again at 16. “That experience changed my vision of music and the world,” he says. Regular pilgrimages to the US began with a long road trip from New York to San Francisco, stopping off in musical capitals such as Chicago, Memphis and New Orleans.
“I came back to New Orleans a couple of times, just to catch that vibe which I really enjoy,”he goes on. “Music is part of the culture and it’s just so different there. Also, it’s good to be a stranger sometimes, because you have a different eye.” Music, as so often, has been the common language. The minute Tiwayo mentions his love of blues, soul and rock ‘n’ roll (or better still, plays some, with his brilliantly intuitive guitar style), he’s among friends. Sp, for the best part of a decade, Tiwayo’s American sojourns helped him soak up the soundtrack he craved. Along the way, he continued to learn more and more about seminal artists across the spectrum, all the way from Peter Green to Al Green. Gypsy Soul is the exhilarating end product. After all his patience and preparation, this remarkable discovery is ready to make 2019 his own, with a debut record that will open many doors. “The cool thing,” says Tiwayo, “is that after ten years of experimentation, suddenly there was that southern vibe I was searching for. I’ve been waiting for this moment for a long time.”