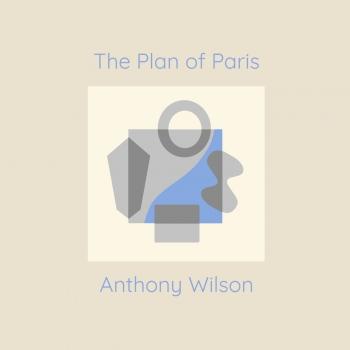 The Plan of Paris 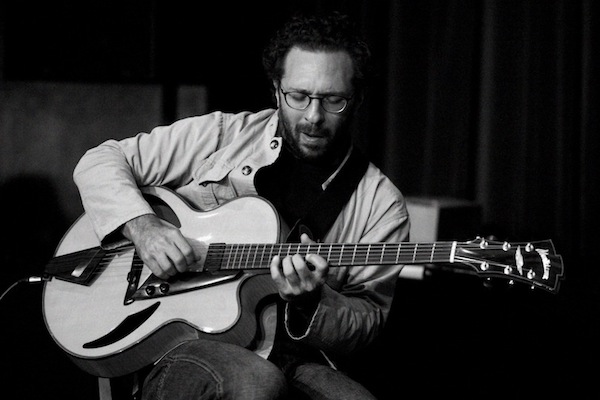 Anthony Wilson
Born in Los Angeles in 1968, guitarist and composer Anthony Wilson is known for a body of work that moves fluidly across genres.
The son of legendary jazz trumpeter and bandleader Gerald Wilson, his musical lineage has deeply influenced his creative trajectory, compositional choices, instrumental groupings, and the wide-ranging discography that blooms out of them.
His first album — Anthony Wilson (1997) — featured a nine-piece “little big band” and received a Grammy nomination for Best Large Ensemble Jazz Recording. It was followed by Goat Hill Junket (1998), and Adult Themes (2000). His fourth recording with the nonet, Power of Nine (2006), was recognized as one of the top ten jazz albums of the year by the New Yorker. Wilson’s acclaimed trio albums Our Gang (2001), Savivity (2005), and Jack of Hearts (2009) reimagine and reframe the Hammond organ-based genre of post-bop, soul-inflected jazz. In 2011, Wilson released Seasons, a live record and short film documenting the compositional process and premiere performance of his extended song cycle of the same name, written for and performed on a quartet of luthier John Monteleone’s handcrafted guitars called “The Four Seasons.” That same year, Wilson released Campo Belo, a collection of original instrumental songs recorded in São Paulo, Brazil.
Traveling into, through, and beyond genres, Frogtown (2016) marked a turning point for Wilson as a composer and his debut as a songwriter and singer. Renowned producer Mike Elizondo teamed with him to realize this collection of layered, intimate musical stories and portraits. Songs and Photographs (2019), in which his distilled, personal musical compositions enter into a dialogue with his 35mm photography. The work develops from two intertwined paths, one sonic and one visual, that increasingly play complementary roles in Wilson's creative process.
An inventive soloist and sensitive accompanist, he has been a core member of Diana Krall’s quartet since 2001, after joining her for a series of concerts in Paris at the Olympia Theater, which became the Grammy award winning recording and concert film Live in Paris (2002).
Over the past two decades, Wilson has joined a diverse roster of jazz masters on their recordings and performances, including Charles Lloyd, Ron Carter, Mose Allison, Bobby Hutcherson, Madeleine Peyroux, Joe Sample, Al Jarreau, and Harold Land. And while his footing is firmly rooted in the jazz idiom, Wilson pivots with ease into other genres, having contributed his instrumental texture, improvisational authority, and orchestration to albums by pop music legends Paul McCartney, Willie Nelson, Leon Russell, Aaron Neville, and Barbra Streisand.
Wilson was awarded the Thelonious Monk Institute International Composers’ Award in 1995. He has also received commissions from Jazz at Lincoln Center, the Los Angeles Philharmonic Association, the International Association of Jazz Education, the Henry Mancini Institute, and the Jazz Coalition Commission Fund. In 2018, he was selected as a MacDowell Fellow.