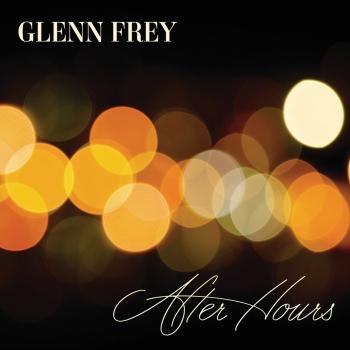 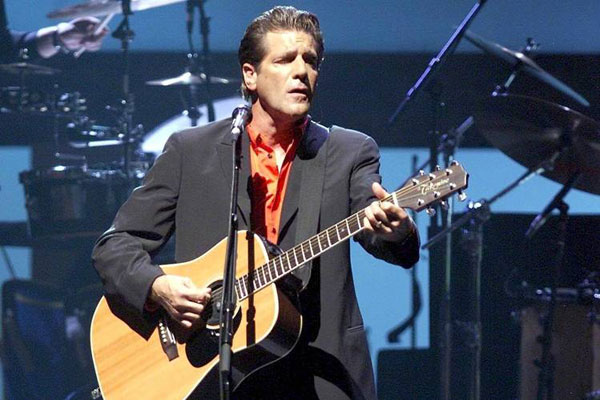 Glenn Frey
While Glenn Frey's name is inextricably woven into the historic west coast rock and roll band, The Eagles, with their silken vocal harmonies and country rock influences, his roots are in a totally different location with its own culture and assuredly its own music scene, the city of Detroit. Known not only for the powerful Motown axis, but also for many successful rock bands including the re-nowned Bob Seger and The Silver Bullet Band, the Motor City was also the launching pad for Frey's own highly successful career as songwriter, singer and bandleader.
Born in November, 1948, Frey first began putting out his music taproots in the glory days of Detroit rock in the mid-'60s, with his first band, The Mushrooms. The group soon began appearing on the hot local TV show, "Robin Seymour's Swinging Time," and rapidly became a staple on the music menu of The Hideout, a favorite local teen hangout. The band's first single record, released on the club's own Hideout label, was produced by the young Bob Seger prior to his forming his own band. The single, "Such A Lovely Child," achieved significant local airplay and sales.
With the early demise of The Mushrooms, Frey joined another local folk-rock group, The Four Of Us, which was followed in turn by The Subterraneans and The Heavy Metal Kids, both organized by Frey, just prior to his making a sudden and what was to become a major career-bending decision, to move west to California, where the rainbow and the pot of gold were widely thought to be found.
He made the move in the early '70s and almost immediately hooked up with a fledgling label, known as Amos Records, a label that at almost the same time was putting out a first album by a group from Texas, Shiloh, one of whose members was Don Henley. Frey and Henley became friends and musical partners, and found themselves working for a time with Linda Ronstadt, an Arizona expatriate who was also seeking her musical fortune in southern California. In the fall of 1971, Frey, with Henley, formed The Eagles, a band that would pioneer a new kind of mellow, harmonic California sound and genre, thanks not only to unique songwriting from both Frey and Henley, but also to the advent of rock without a hard edge, and a rock style that was to remain in the top ranks of contemporary music makers virtually as long as it wished. Frey assumed leading roles and songwriting credits on such legendary Eagles successes as "New Kid in Town," "Lyin' Eyes," and lead vocals on "Take it Easy" (a song co-written with friend Jackson Browne) and "Tequila Sunrise."
During the '70s heyday of The Eagles, Frey also enjoyed a writing credit on a number of the group's most memorable hits, including, "Best Of My Love," "Desperado," "Hotel California," "I Can't Tell You Why," "Life in The Fastlane," "One Of These Nights," "Sexy Girl" and "The One You Love."
When The Eagles disbanded in 1979 in the wake of the album, The Long Run, Frey's solo career took off. He recorded No Fun Aloud in 1982, which in turn spawned a pair of single hits, "I Found Somebody" and "The One You Love." Next came the album The Allnighter, which included what was to become yet another hit single, "Smuggler's Blues," (later inspiring an episode of the hit television series, "Miami Vice," in which Frey also guest-starred. His acting credits following the "Miami Vice" debut also included appear ances on such television productions as "Wise Guy," "South of Sunset," and "Nash Bridges." Frey also appeared in the smash motion picture hit, "Jerry Maguire," as an NFL football team's general manager where he worked opposite Tom Cruise and Cuba Gooding, Jr.
On the music side, Frey has always remained extremely active and in 1985, he enjoyed particular success with his top 10 hit, "The Heat is On," from the soundtrack to the Eddie Murphy comedy, "Beverly Hills Cop" His next contribution to the "Miami Vice" soundtrack, "You Belong To The City," also achieved blockbuster status, just missing the number one slot.
In the mid-’90s, following his own CD, Glenn Frey Live, he joined the phenomenally successful Eagles "Hell Freezes Over" tour, and later formed his own record label, Mission records, with attorney and friend, Peter Lopez.
Frey and wife Cindy, who have two children, daughter Taylor and son Deacon, are committed deeply to children's charities and are particularly dedicated to “Grassroots Aspen Experience”, which for the past eight years has brought more than 2000 economically disadvantaged children from all over the nation to the fabled Colorado mountain village for challenging sports activities, counseling and confidence-building programs. (source: www.songwritershalloffame.org