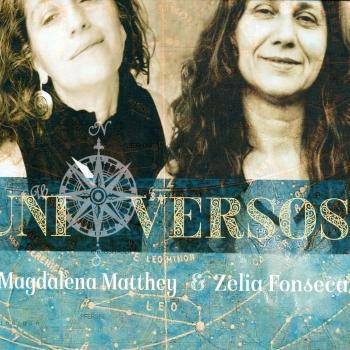 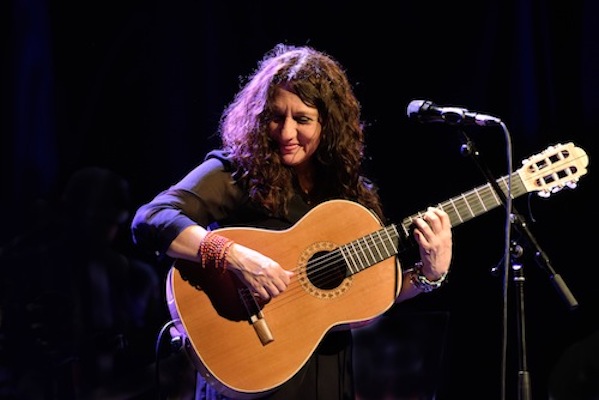 Zelia Fonseca
Guitarist, Singer and Songwriter from the South-East of Brazil, Zelia has lived in Europe since 1989. She came from Portugal over Finland to Germany and became internationally well-known through the Duo „Rosanna & Zelia“. With this Duo she compiled five CDs with her own compositions, toured through Europe, Canada and Asia and was on stage with Compay Segundo, John Mclaughlin, George Benson, Djavan, Joe Zawinul, Maria João, Katharina Franck and many more. Her first Soloalbumn “Impar”, released in 2010/2011, was highly praised by the press. In this album she presents her original, melodic and poetic sound, continued by „O terceiro olho da abelha“ in 2016.
Fearless and daring Zelia’s playfulness lead her to the most different, successful projects with Jazz, World (Expedition with Martin Schnabel, Lilo Scrimalli, Florian Dauner and many more) right up to recordings witrh Shantel (Considerando) or with the irish House/Techno DJ Ian Pooley (Coração Tambor). Her music has even entered into the world of Pina Bausch. Bausch transformed a piece interpreted by Rosanna and Zelia (Lady Multimelancólica) for her Ballett „Agua“ which was performed from 2001 – 2010. Zelia has written plays, poems, and more, among others for the anthology „Antología poética“ by Regina Mello (2011). Not least she was quoted by the Angolan Novelist José Eduardo Agualusa in in his book „ Fronteiras perdidas“.