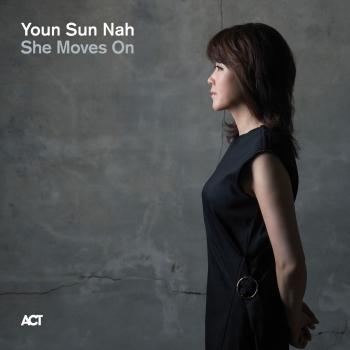 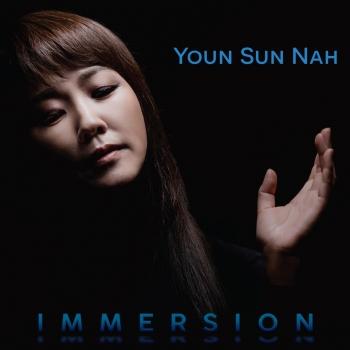 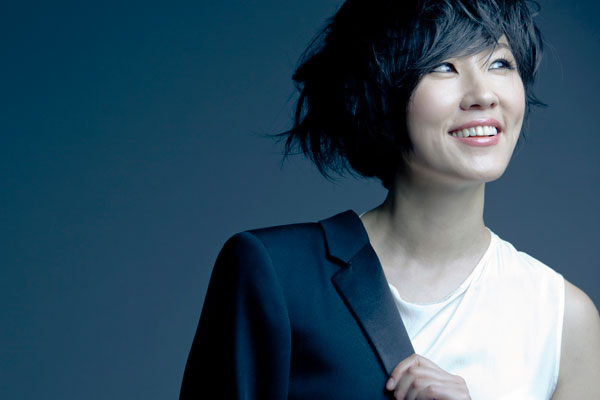 Youn Sun Nah
(born on August 28, 1969 in Seoul/Korea) grew up in a musical family: her father was a conductor, her mother a classical singer. She made her musical debut as a singer at age 23 with a concert with the Korean Symphony Orchestra, and went on to perform in numerous Korean musicals on a national stage, for which she has received numerous awards.
However, she did not find that musical environment fulfilling. She decided to go to Paris in 1995 to study jazz and French chanson at the CIM school (one of the oldest jazz schools in Europe), at the National Music Institute of Beauvais, and at the Nadia and Lili Boulanger Conservatory. Her innate talent for jazz revealed itself when she started playing in Parisian jazz clubs with her group, the Youn Sun Nah 5tet. She made her rounds on the Paris club scene, performances that would earn her invitations to work with many famous musicians. Youn Sun Nah made strong showing in a number of jazz competitions like La Défense, St. Maur, and Montmartre. She became the buzzword in theatres and festivals all over France, while also performing in Korea, essentially managing simultaneous careers in two countries.
Producing five albums in six years, she held numerous performances in France, Europe, and in Asia including Korea. Such vigorous activity would earn her an award as “Best Artist” in the Crossover category in Korea in 2004. The same year, the release of So I Am... was widely celebrated by French audiences as well as the press, who regarded her as one of the most remarkable singers of this generation. Active touring and musical performances finally came to fruition in the form of the Grand Prize at the highly reputable Jazz à Juan Concours in 2005, in addition to the prize of Best Young Artist Of The Year in Korea. Youn Sun Nah established her position as a premiere jazz artist in the Asian music scene and marketplace with the album Memory Lane, co-produced with Denmark’s top pianist Niels Lan Doky and Korean bassist Kim Jeong-Ryul in 2007. She also earned recognition from the American media and noted personalities from around the world with an invitation and performance at the Jazz at Lincoln Center, which would launch her to world stardom.
She is an artist who never fails to move audiences wherever she may be performing, in Europe, USA, Australia, and Asia. In 2009 ACT has signed her as an exclusive artist. Together with world-famous Swedish artists like Ulf Wakenius and Lars Danielsson she recorded her newest album and ACT-debut, VOYAGE (ACT 9019-2), which will be released by ACT in May 2009.