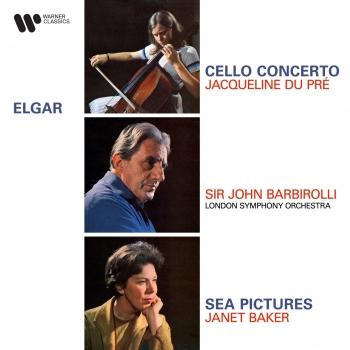 Jacqueline du Pré
The tragedy of du Pré’s brief career is still fresh in the public memory and can be summarised here. She was born in Oxford on 26 January 1945 into a middle-class family in which music was important: her mother was a fine pianist and a gifted teacher. The French-sounding name came from her father’s Channel Islands ancestry. Just before her fifth birthday, when she was already showing musical promise, she heard the sound of a cello on the radio and the course of her life was set. She studied at Herbert Walenn’s London Violoncello School and at ten became a pupil of William Pleeth, who had himself studied with Julius Klengel. Pleeth played with a good deal of uninhibited body movement and passed this trait on to du Pré, whose total physical involvement in her playing was to endear her to audiences. She made a successful London recital début in 1961, studied with Casals in Switzerland, Tortelier in Paris and Rostropovich in Moscow with varying degrees of success – one wonders what these players could have taught such a natural musician – and gradually consolidated her reputation at home. She began recording for EMI in 1962 and by 1965, when her famous disc of the Elgar Concerto was made, she was a star. That year she made her American début and in 1967 she married the pianist and conductor Daniel Barenboim.
In July 1971, when she shoud have been at her peak, she began suffering seriously from a mysterious ailment which had already intermittently affected her playing. Eventually multiple sclerosis was diagnosed and, after a cruel series of remissions and relapses typical of that illness, in 1973 she retired. Gradually her health deteriorated, and she died in London on 19 October 1987.
Dame Janet Baker
(she was made a DBE in 1976) started her singing studies with Helen Isepp in 1953. Only three years later she won second prize in the Kathleen Ferrier awards and made her debut in the same year, 1956.
Janet Baker quickly established herself as a regular of the Glyndebourne Fsetival and a member of Benjamin Britten’s English Opera Group. At the same time, with the help of a series of radio recitals she made her mark as a singer of songs and oratorio. Throughout her career she was able to sing equally effectively on stage, in concerts and in the recording studio. Her career was international but she became a particular favourite with audiences in the UK and the USA (where she toured every year from 1966 until she retired a few years ago). In opera, oratorio and song Janet Baker brought a deep emotional commitment to her singing. She possessed an extremely warm, flexible voice which did justice both to florid baroque music and dramatic repertoire as well.
John Barbirolli
The English conductor and cellist John Barbirolli was born and studied in London. He moved from a career as an orchestral player and soloist to a life of great distinction as a conductor in England and in America, maintaining a long association with the Hallé Orchestra in Manchester. He was knighted in 1949. Barbirolli made useful orchestral arrangements of works by composers including Purcell, Corelli and Pergolesi.