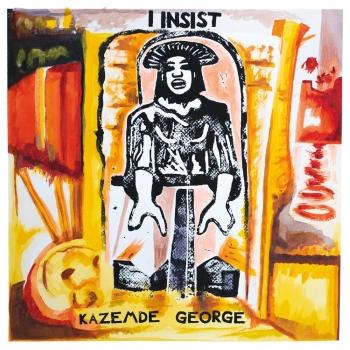 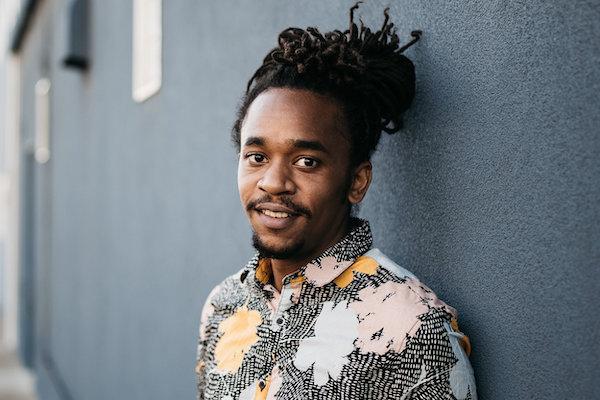 Kazemde George
is an African American jazz saxophonist, composer, and beat-maker based in Brooklyn who exhibits a gift for streamlined, emotionally direct melodies, articulated with a warm tone and a certain guiding restraint. Raised by Caribbean parents in Berkeley, California, Kaz was exposed to a wide range of musical styles, and has been playing Piano, Saxophone, and Percussion from an early age.
During high school, Kazemde developed a passion for Jazz while studying the oral tradition under the tutelage of Khalil Shaheed, Charles McNeal and Susan Muscarella. He also began to make electronic music under the moniker “KG,B”. KG,B’s beats are inspired by Hip-Hop producers such as J Dilla, Madlib, and Flying Lotus, who he sees as modern the counterparts of early Jazz innovators.
In 2007, Kazemde moved to Boston to attend school, and in 2014, Kazemde completed the Harvard/New England Conservatory (NEC) Joint program, receiving his Bachelors in Neurobiology (Harvard) and his Masters in Jazz Composition (NEC). At NEC, Kazemde studied privately with Jerry Bergonzi, Cecil McBee, Donny McCaslin, John McNeil, Jason Moran, Danilo Pérez, and Miguel Zenón. In 2012, he received Harvard’s George Peabody Gardener Fellowship to study traditional music in La Habana, Cuba for ten months. Through his travels, Kaz has expanded his focus from Hip-Hop and Jazz to the full spectrum of musical styles which blossomed from the African Diaspora, including Afro-Cuban, Afro-Caribbean, Afro-Brazilian, and African-American traditions. As he sees it, the study of these musical styles serves as a way to regain cultural histories that where lost through the processes of African-American Slavery.
Today, his focus is aligned towards music, but Kazemde is also a biologist at heart, and his quest to understand this wide breadth of styles is driven by an analytical mind with a scientific approach.
Kazemde has performed with Solange Knowles and Saint Heron, David Murray, Román Filiú, and Jason Moran, at venues and festivals such as, Dizzy's Coca-Cola Club, Zinc Bar, The Bitter End, Irving Plaza, Yoshi's, Black Cat, Cafe Stritch, The David Rubinstein Atrium at Lincoln Center, Panama Jazz Festival, Made In America Festival, AfroPunk, and Panorama NYC Music Festival
My Mission: My goal is to establish my own style as a creative innovator of African-American music, and to help in elevating communities of underprivileged youth through music and other cultural education. I will travel and immerse myself in American communities heavily influenced by African musical traditions in order to study, teach, and perform. I also hope to have the opportunity to explore places like Brazil, The Caribbean, West Africa, and the American South as part of my journey.