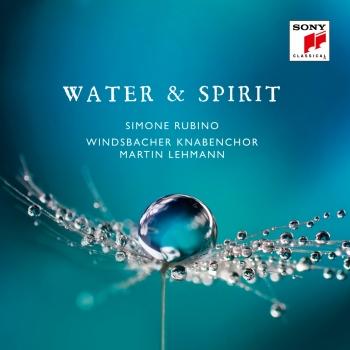 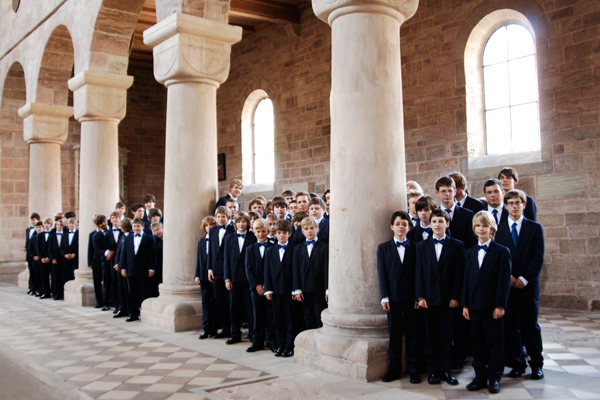 Windsbacher Knabenchor Cultivating Voices for Over Sixty Years Since its founding by Hans Thamm in 1946, the Windsbach Boys Choir has deeply influenced generations of young singers. The boys in the original choir who joined at age nine are now in their 70s; the boys entering the current choir could be their grandchildren! Over 1500 boys and young men have spent significant years of their lives here in Windsbach. The choir gives approximately seventy performances a year in Germany and abroad, reaching some 35,000 concertgoers. As the first post-WWII German ensemble to perform in Israel, the choir wrote history with its rendition of Bach’s St. Matthew Passion there. The choir has also acted as a musical ambassador for Germany at official state visits of several German presidents. In the anniversary year of 2006, the choir was able to look back on its stunning development: from the provincial choir that it was in the 1950s, it has evolved into one of the most respected boys choirs in the world. For this accomplishment, it is grateful to its founder and especially his successor, Karl-Friedrich Beringer.
Biographical information about the artistic director Karl-Friedrich Beringer:
„The purest sound,“ raved the heading in the Hamburg Woche’s review, inspired by a concert of the Windsbach Boys Choir. Karl-Friedrich Beringer’s newly released CD of Mendelssohn’s Elijah with the choir was praised as „outstanding“ by Berlin Radio (rbb). In Nürnberg, the concert reviews commended Beringer’s ability to „give breath to the coordination of sound“. Karl-Friedrich Beringer has directed the Windsbach Boys Choir since 1978 and led the choir to international renown. In his musical work with the choir, he focuses on the great a cappella literature from the Renaissance to the present, yet he also works regularly with outstanding orchestras, such as the Symphony Orchestra of the Bayerischer Rundfunk (Munich), the Deutsche Symphonie-Orchester (Berlin), the German Chamber Virtuosos of Berlin, and the Munich Chamber Orchestra. In 2003, Beringer appeared for the first time as guest conductor with the Academy for Early Music of Berlin. As a choral and orchestral conductor, Beringer has appeared with the Windsbach Boys Choir at many international music festivals, including the Bachfest in Schaffhausen, Leipzig’s International Bach Festival, the Brandenburg Sommer Concerts, and the Rheingau Music Festival. The status that he enjoys with the choir has drawn many invitations to important festivals and concert tours (USA, South America, Japan, and Israel). For his performances of J. S. Bach’s great choral works (B-minor Mass, St. Matthew and St. John Passions) and G. F. Handel’s Messiah, as well as Felix Mendelssohn-Bartholdy’s Elijah, W. A. Mozart’s Requiem, and Igor Stravinsky’s Symphony of Psalms, Karl-Friedrich Beringer has received particular recognition. Most of these works have been released on CD, or in television and radio productions. For his many cultural and musical accomplishments, Beringer has received many awards, including an honorary doctorate from the theological seminary „Augustana“ in Neuendettelsau in 2008.
About the Münchner Bachsolisten:
In 1962, Otto Büchner, a well-known violinist and Professor at the Munich Conservatory, founded a highly qualified string chamber orchestra, which gave important concerts in Germany and other countries in close cooperation with Karl Richter. In 1982 interested and experienced Bach musicians got together again and founded the Munich Bach Soloists (= MBS) with Hans Schuster as the conductor. The chamber orchestra gives regular concerts with the Windsbacher Knabenchor. TV productions, guest performances and tours with these ensembles have become regular events, like at the Old Opera House in Frankfurt, The Philharmonic Concert Hall in Munich and the Philharmonic Concert Hall in Cologne.
The famous soloists Juliane Banse, Cornelia Kallisch, Markus Schäfer, Robert Swensen und Thomas Quasthof build together with the Windsbacher Knabenchor and the Muenchner Bachsolisten under the direction of Karl Friedrich Beringer a perfect team to create an exceptional performance of this brilliant composition.