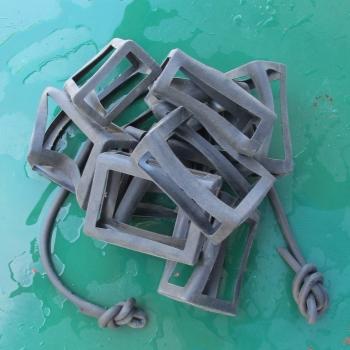 The Quiet In Your Bones

Dave Kerman
(b. 1959), is best known for his work with the experimental rock groups 5uu's, Present, Aranis, U-Totem, Motor Totemist Guild, Thinking Plague, Nimby, Ahvak and Blast. As a member of these groups he has recorded over forty studio albums in the past two decades. Dave has toured N. America and Europe consistently since 1990, and has appeared at many of the world's most prestigious festivals dedicated to new, experimental and progressive music: Rock In Opposition (Japan), Mimi (France), Victoriaville (Canada), New Music America (USA), Rock In Opposition (France) Patronaat (Holland), Nearfest (USA), Tritonale (France), Gouveia (Portugal), Frankfurt Art Rock Festival (Germany), Wurzburg Freakshow Festival (Germany) Prog Day (USA), Heinekein Music Festival (Israel) etc. Along with other notable percussionists (ie Charles Hayward, Chris Cutler, Daniel Denis, Guigou Chenevier) Dave has helped to change the stereotyped image of the drummer as a "sideman" into a more viable role; one where they are capable of leading a band, composing the music, producing the recordings, arranging tours and organizing the business affairs. For 11 years (2003 - 2014) Dave was the CEO of ReR USA (the North American branch of Recommended Records) and served as President of the Ad Hoc Records label.
Dave was born and raised in So. California, and educated at Cal State Dominguez Hills, where he studied contemporary and electronic music with Professors Marshall Bialosky and David Champion. He also studied audio engineering at Sound-Master Institute with the late Brian Ingoldsby, then President of ABC Records. During the late 70's Dave worked as a freelance session musician by day, and as a performing drummer up and down the Sunset Strip at night. By the mid-80's he had put together his own band, 5uu's, as a vehicle to explore his compositional muse. Over the years, the work of this band afforded him the chance to reside and work in France, Italy, Slovenia, Colorado and Israel. At the time of this writing (Autumn, 2014) he lives in Basel Switzerland, where he plays with the bands Mrs. Understanding, Stepmother and Les Reines Prochaines.