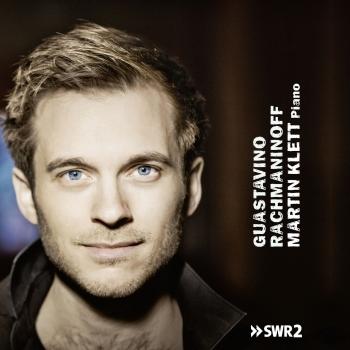 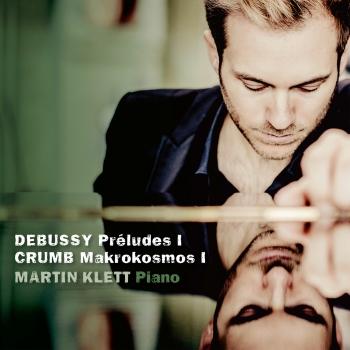 Debussy: Préludes I - Crumb: Makrokosmos I 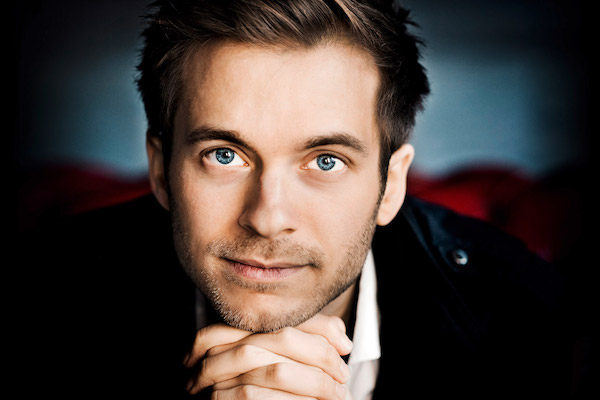 Martin Klett
has made a name for himself as a solo pianist and chamber musician. Ever since winning the International Johannes Brahms Competition and the German National Music Competition, he has become a welcome guest at the prestigious music festivals of Lucerne, Schleswig-Holstein, Heidelberg, Mecklenburg-Vorpommern and Schwetzingen to name just a few. Further invitations have led to performances throughout Europe and Asia.
As a valued chamber musician, Martin Klett regularly performs with ARD and ECHO prize winners, leaders from major orchestras and renowned professors. Among many others, his chamber music partners are Sebastian Manz, Daniela Koch, Jacques Ammon, Sophie Heinrich and Charles-Antoine Duflot. He has also been invited to perform with such artists as Sabine Meyer, Benedict Klöckner, Maximilian Hornung, Gabriel Schwabe, the Schumann Quartet and many more.
Numerous live recordings as well as 7 CD productions so far present Martin Klett’s extensive discography. The most recent ones are his chamber music CDs with clarinetist Sebastian Manz, published by CAvi and Berlin Classics, as well as the latest album of his Cuarteto SolTango, recorded at Deutschlandfunk Köln. Rave reviews by the Rondo and The Strad magazines illustrate their great success. Martin Klett is currently planning two recordings as soloist in collaboration with the South West German Broadcast and Deutschlandradio Berlin, along with another album by Cuarteto SolTango.
Born in 1987, Martin Klett started taking piano lessons at the age of six. He has been particularly influenced and inspired by Prof. Konrad Elser who provided significant guidance at the Conservatoire of Lübeck. Further tutelage by Elisabeth Leonskaja, Leon Fleisher, Pascal Devoyon, Gerhard Schulz and Walter Levin has rounded off his artistic development. Crowning an impressive array of prizes and distinctions, Klett was awarded a further fellowship from the German National Music Competition which accorded him strengthened recognition as a soloist. A passionate pedagogue, he tutors students of the Conservatoire of Leipzig in piano studies.
Apart from his activities as a classical performer, Klett is an avid arranger and bears a keen interest for Argentine tango. In 2008 he founded the Cuarteto SolTango, which performs Tango Argentino in the spirit of true chamber musicianship, challenging the repertoire of classical concert series on internationally renowned stages and at established festivals in conjunction with Deutschlandfunk and Bavarian Broadcast.