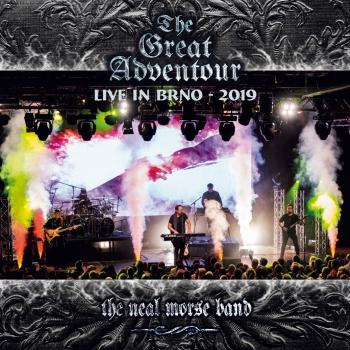 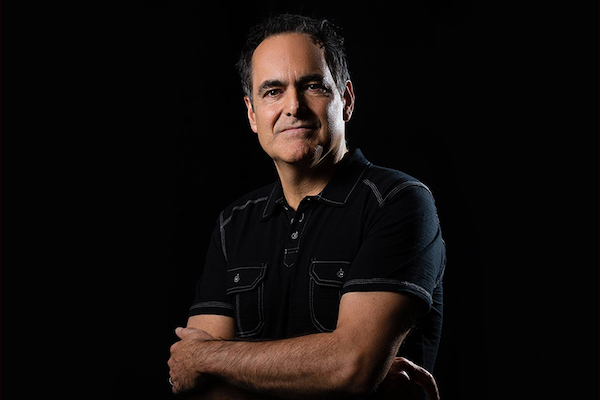 Neal Morse
As a young musician, Neal's dream was like many others—to find success in the pop music world. But after years of struggling in the LA singer-songwriter scene, he realized that his dream would not materialize. Eschewing conventional wisdom, Neal took a courageous step: he about-faced and devoted himself to progressive rock, the music truly in his heart. The obscure and fiercely competitive genre held little chance of commercial success.
Undaunted, he formed the quirkily-named Spock's Beard with his brother, Alan. They recorded The Light with what money they could scrape together. Against all odds, it was a breakout success, sending shockwaves through the small genre's community. Over the next 10 years, Spock's Beard released 10 critically acclaimed CDs and 2 concert DVDs, ascending to the top of the "prog" world. Neal also released 6 CDs and 3 DVDs with Transatlantic, the heralded prog "supergroup" comprised of the world's finest prog musicians.
The proverbial wayward son, Neal had finally found the success he dreamed of. But something was missing. While on the outside Neal had it all^ on the inside, something was missing.
Morse came to realize that for him, embracing the Christian faith was the fulfillment of his spiritual quest. His walk was at once gradual and sudden—and like with so many, completely unexpected. As he continued, his path increasingly revealed more of what his heart had sought all along. Yet he also began to find his career growing at odds with his faith. The rising spiritual tension and increasing commercial success finally came to a head with the release of Snow (2002), Spock's Beard's (with Morse) magnum opus...and swan song.
The extraordinary 2-CD rock opera, composed by Morse, was widely acclaimed as the group's finest. But it was the end of the era. Neal felt God calling him out of his former musical life and into the unknown. He made the agonizing decision to leave Spock's Beard and Transatlantic. Despite having finally achieved the success he had long sought, Morse then had to begin all over again^ musically, emotionally and spiritually.
Neal then embarked upon the most ambitious musical project of his career. Entitled Testimony (2003), it chronicles his spiritual and musical journey in words and music. The 2 CD set (3 CDs for the Special Edition) spans over two hours as one continuous piece of music. It ranges in style from a full gospel choir to hard rock^ from a symphony orchestra to contemporary pop. A deftly woven musical tapestry, the album takes the listener on a fascinating journey as unique as the man behind it.
Artistically, Testimony was a remarkable solo achievement, with Neal not only writing, arranging and producing^ but singing the lead vocals and performing most of the instruments. Recognized as a virtuoso multi-instrumentalist, he is endorsed as a guitarist, keyboardist and singer (Yamaha, Gibson, Rode Microphones, and others). Legendary drummer Mike Portnoy performed on drums, with guest guitarist Kerry Livgren ( Kansas) on several tracks.
The mainstream and CCM press alike lauded Testimony as was one of the best progressive rock albums of the year. It received numerous honors, from Progressive World (Top 5 Albums) to The National Review (10 Best of the Year). The ensuing world tour was captured on one unforgettable night at the beautiful Dutch concert hall, (named only as a number) 013, (013 is the telephone code of Tilburg) during his European tour. The performance (and tour) won him "Best Rock Tour" from the Dutch Progressive Rock Poll, besting nominees Peter Gabriel, Radiohead, RUSH and others. (Neal also won Best Album for the Testimony studio release.) Released as a 2-DVD set, Testimony Live (2004) showcases Neal Morse as a remarkably passionate and engaging live performer. On lead vocals, guitar and keyboards, Neal demonstrates why, after the European leg of the tour, England's Classic Rock Magazine included him in their "100 Greatest Frontmen of Rock" listing.
Morse's next studio album was a conceptual, progressive rock album entitled, One. Mike Portnoy returned to perform on drums (in what is regarded as perhaps his finest performance), and up-in-coming prog artist Randy George (Testimony Live) returned on bass. They were joined by legendary guitarist Phil Keaggy on several tracks. The result was more of a band-focused, straight-ahead sound than on Testimony, harkening back to Neal's Transatlantic work.
Neal also took a more collaborative approach on One, writing with Portnoy and George. The three artists worked together closely to capture and articulate Neal's vision^ his singular design enriched with their distinct voices. Continuing in the tradition of Snow and Testimony, One is epic in scope and sublime in nature. Like Testimony, One received numerous awards^ and for the first time, saw mainstream commercial radio airplay around the country.
Neal's third progressive rock album was steeped in mystery. Morse weaves a storyline that owes as much to C.S. Lewis as Indiana Jones. It’s presented as one continuous story, as the listener journeys in search of the Tabernacle, the biblical dwelling place of God. Entitled simply, “?”, Neal is joined by Mike Portnoy (Dream Theater), Jordan Rudess (Dream Theater), Roine Stolt (Flower Kings, Transatlantic), Steve Hackett (Genesis), and Randy George (Ajalon).
Neal's newest prog epic is as thrilling as it is controversial. Morse tells a compelling and sometimes macabre tale of the darkness that inevitably follows when Man elevates himself to God. On another level, the album presents a fast-paced account of Martin Luther's dangerous reformation of the Church in the Middle Ages. Bursting with emotion and thrills, Morse is unflinching in his description of the Church's abuses, and profound in his respect for anyone who rises up against tyranny. The album Sola Scriptura closes not with an end but a beginning—his sublime conclusion to how anyone of us can bring salvation to humanity.