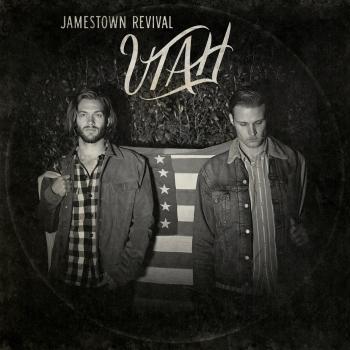 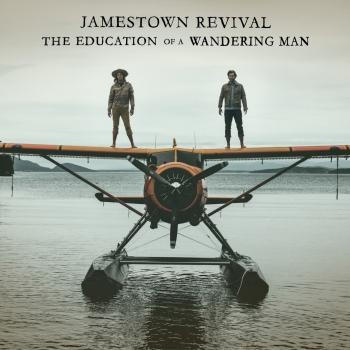 The Education Of A Wandering Man 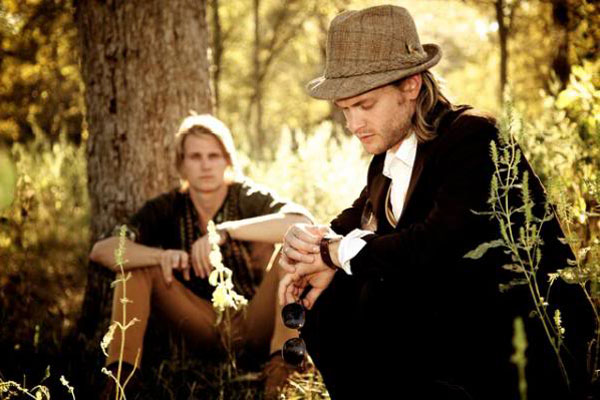 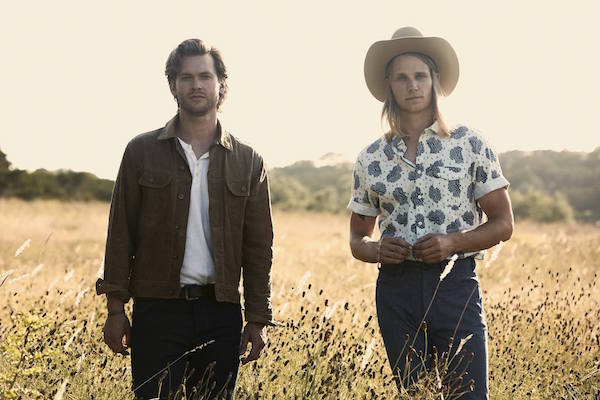 Jamestown Revival
Texas-bred/Los Angeles-based self-described "back-porch folk-rock" duo Jamestown Revival formed in 2011 around the talents of childhood friends Jonathan Clay and Zach Chance. Growing up together in the small Texas town of Magnolia, Clay and Chance spent their formative years listening to artists like Creedence Clearwater Revival, Willie Nelson, the Everly Brothers, Guy Clark, and John Prine, each eventually carving out his own unique niche as a solo artist. The duo spent time in Austin before relocating to Los Angeles, where they began writing together in earnest. The duo's resulting debut long-player, a highly autobiographical collection of harmony-laden, Western-tinged indie folk songs in the vein of Shovels & Rope, the Avett Brothers, and the Lumineers, was recorded to tape in a log cabin in the Wasatch Mountains of Utah, and released via Wild Bunch Records in 2014.
Jonathan Clay
grew up in a rural town of Magnolia, Texas. He got his first taste of stardom when he landed the role of the “Tin-Man” in his elementary school’s rendition of “The Wizard of Oz.” More embarrassed by the thought of the silver costume, he had no idea that singing on stage would eventually become something he loved to do.
Jonathan’s stint in school musicals was short-lived, and when his freshman year of high school rolled around, he put music aside to begin playing basketball. He was heavily involved in sports until his sophomore year when he tore a ligament in his ankle. What he didn’t know then was that this injury would come to shape the rest of his life. Growing up with a father who plays four instruments gave him the inspiration to pick up the guitar. By senior year of high school, writing songs began to peak his interest. He eventually bought his own recording gear and put together a modest bedroom recording setup. It was at that point that Jonathan Clay’s path was truly set in motion.
At 18, Jonathan moved out of his parent’s home to attend college at Texas State University. While in college, he met a friend who was studying Sound Recording Technology. The duo got the idea to take a shot at recording an EP, and in between classes, they achieved their goal. Majoring in communications, Jonathan was doing nothing more than going through the motions. At the age of 20, a frustrated Clay dropped out to pursue music full-time. Armed with a 7 track demo, he put together an independent tour with two other artists, playing 28 shows in 31 days around the western U.S.
In 2007, Clay was offered a development deal with Atlantic records and made the decision to move to New York. During his time there, he traveled extensively and worked with writers from London to Los Angeles. Due largely in part to creative differences, Jonathan eventually parted ways with Atlantic. The timing of the deal may not have been perfect, but the trial-by-fire education Clay received is something that benefits him still today. Towards the end of 2007, Jonathan moved back to Texas and took up residency in Austin. In between records, Jonathan released “The Acoustic Sessions” in 2008. What started out as a side project soon picked up an endorsement by Levi’s Jeans and received over 140,000 downloads. 2009 was a year Jonathan devoted to developing his sound, and carving out his identity. He surrounded himself with a band, and has since started playing full band shows under the title of “Jonathan Clay and The Heartless”. Trading in the acoustic guitar for a brass slide, a resonator, and a Gibson 335, you get the sense that he’s truly listening to (and playing from) his soul.