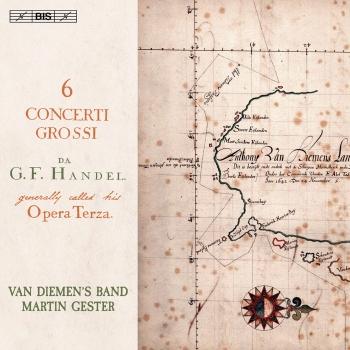 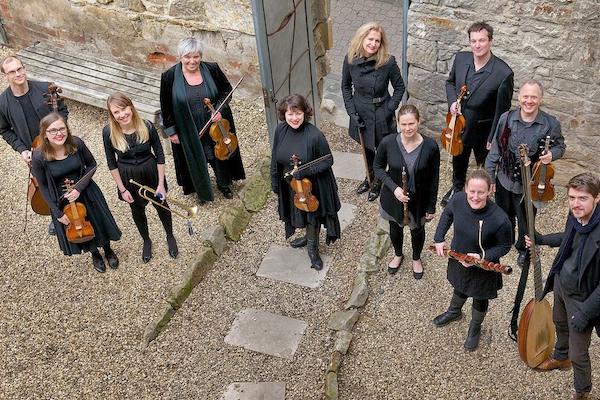 Van Diemen's Band
Based in the wild and unspoiled island state of Tasmania at the southernmost tip of Australia, ‘Australia’s Baroque supergroup’ Van Diemen’s Band is made up of some of the country’s most highly respected early music specialists, who between them have worked with leading ensembles such as Les Arts Florissants, Les Talens Lyriques, Ensemble Pygmalion, Il Pomo d’Oro, Orchestre des Champs-Elysées, The English Concert, Academy of Ancient Music, Orchestra of the Eighteenth Century, Le Parlement de Musique, and the Amsterdam Baroque Orchestra.
Founded in 2016 by violinist Julia Fredersdorff, VDB varies in size from an intimate chamber group to a larger mid-eighteenth-century orchestra working with regular guest directors such as French Baroque specialist Martin Gester, exploring the creativity and freedom of expression in music of the baroque while deferring to historical sources on style and instrumentation.
Van Diemen’s Band’s debut CD Cello Napoletano, featuring soloist Catherine Jones in the cello concertos of Nicola Fiorenza was released internationally in 2018 to critical acclaim. Since then, the group has appeared in concerts and festivals in its home state and around mainland Australia, establishing itself as one of the most distinguished new groups in the arts scene ‘Down Under’.
A CD recording of Bach Bass Cantatas with David Greco will be appearing on the ABC Classic label towards the end of 2020 and the group’s debut recording of the Concerti Grossi Opus 3 by Handel for the Swedish label BIS will be released in June 2021.
Julia Fredersdorff
Melbourne-born violinist Julia Fredersdorff studied baroque violin with Lucinda Moon at the Victorian College of the Arts, before travelling to The Netherlands to study with Enrico Gatti at The Royal Conservatorium in The Hague. Based in Paris for almost ten years, Julia freelanced with some of the finest European ensembles, such as Les Talens Lyriques, Les Folies Françoises, Le Concert d’Astrée, Le Parlement de Musique, Ensemble Matheus, Les Paladins, Il Complesso Barocco, New Dutch Academy, Ensemble Aurora and Bach Concentus.
Now resident again in Australia, Julia performs regularly as concertmaster for the Orchestra of the Antipodes and is the Artistic Director of the Tasmanian baroque ensemble, Van Diemen’s Band. She is a founding member of period string quartet Ironwood, and the twice ARIA-nominated baroque trio, Latitude 37 and a core-member of Ludovico’s Band.
Julia has participated in CD recordings for Virgin Classics, Deutsche Grammaphon, Accent, Accord, Naïve, Erato, Passacaille, Ambronay, ABC Classics, Vexations840 and Tall Poppies. She teaches baroque violin at the Conservatorium’s of Sydney, Hobart and Melbourne.