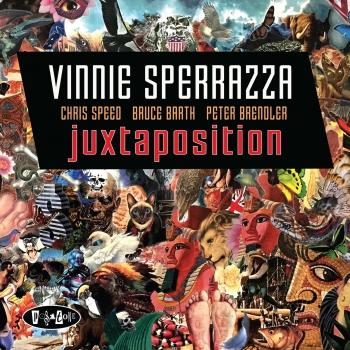 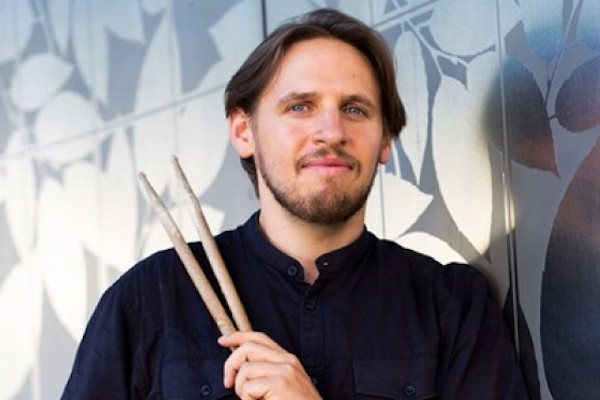 Vinnie Sperrazza
is a Brooklyn-based jazz drummer. Born in 1979 in Utica, New York, music and drumming is a family affair for Sperrazza. His father plays and taught drums in Central New York, and his mother sang at church and did live sound for his father’s bands.
He completed his Bachelor of Arts degree at William Paterson University in 2002 and moved to Brooklyn later that year. Performances with noted jazz pianist James Williams (his mentor at William Paterson University), sometimes including Mulgrew Miller, Richard Davis, Clark Terry, and other jazz legends, were his main focus until Williams’ death in 2004.
From 2004 until 2013, Sperrazza was focused on teaching drumset and jazz ensembles, privately and at local music schools. Meanwhile, he continued his musical studies in harmony, counterpoint, and composition with Paul Caputo. Performances with groups he organized at New York venues IBEAM, Cornelia Street Cafe, and Korzo, began to coalesce into bands. Sperrazza made a few noted recordings at this time, including John McNeil’s Hush Point and 40twenty with trombonist Jacob Garchik.
By 2014, when Apocryphal, his first album of original compositions was released, Sperrazza was moving away from teaching to focus on performing. He has made a mark on the New York jazz community with his swinging, enthusiastic playing and his commitment to original projects.
He toured with Stew and Heidi Rodewald in Stew and The Negro Problem from 2012 to 2014, and again in 2018, culminating in a show at Lincoln Center’s Appel Room. In 2017, he premiered the Mark Morris Dance Group’s Pepperland in Liverpool, England, with a score by pianist and composer Ethan Iverson, and has continued to tour with the company. He is a member of the Hank Roberts Sextet and Hank Roberts Trio, tours and records with the groups Landline, the Choir Invisible, Curtis-Garabedian-Sperrazza, Hearing Things, Vinnie Sperrazza-Jacob Sacks-Masa Kamaguchi PLAY, and trioTrio, works with bandleaders/composers Mike McGinnis and Michael Formanek, writes music, leads his own bands Apocryphal and Small Cities, organizes improvising groups, and continues his musical studies.