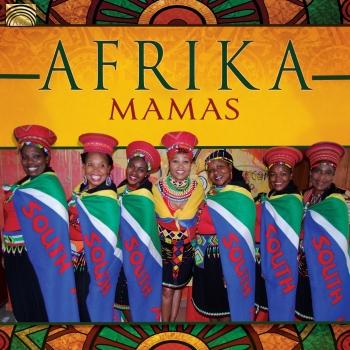 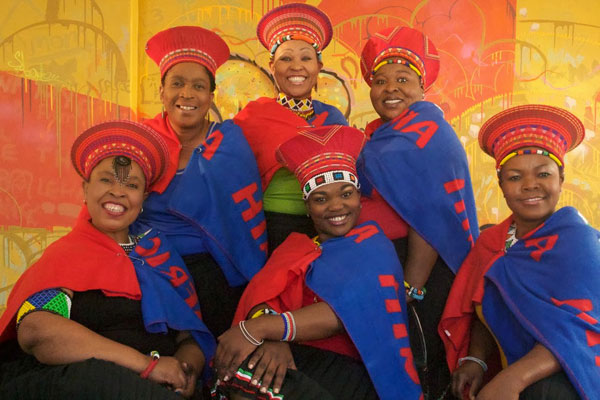 Afrika Mamas
is a folktale group with a vision to promote African culture through music and theatre. They further aim to develop an ‘edutainment’ approach, in which they educate while entertaining their audiences on various African tales, breaking the stereotypes that are maintained on some African cultural traits.
Afrika Mamas was formed and founded by Tu Nokwe, an Afrofolk singer, in 1998. The group members were discovered while working as backing singers for various artists including Tu Nokwe herself, Brenda Fassie, Luzurus Dgadgudi, and Steve Kekana. They have collaborated with an array of South African and Afrikaans musicians including Janni Moolman, Amanda Stryddom and Dozi, just to name a few.
The Afrika Mamas have two recorded albums, which have been nominated for South African Music Awards in the same category as Ladysmith Black Mambazo. In 1999 they were nominated for ‘Best Cover Album’ and ‘Best Isicathamiya Group’ and in 2008 they were again nominated for ‘Best Isicathamiya Group’ at Sun City Super Bowl, South Africa.
The Afrika Mamas have worked in various projects to promote intercultural exchange with other parts of the world, and this has taken them to places such as China, Belgium, Holland, United Kingdom, Spain, Italy, Sweden, Burkina Faso, Ivory Coast and Namibia. The Afrika Mamas are single mothers with eleven children between them. Their social experiences are naturally expressed through their music. They have faith and deep trust in each other, which elevates the bond they have maintained over the years.