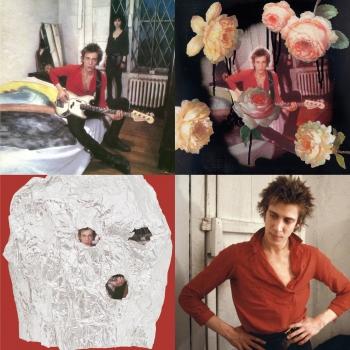 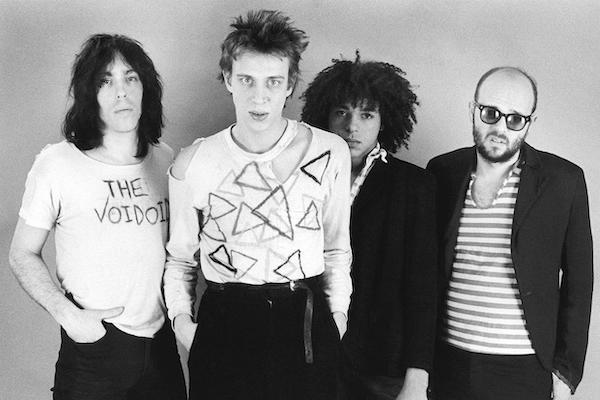 Richard Hell And The Voidoids
One of the most important and original bands to emerge from the first wave of New York punk in the '70s, Richard Hell & the Voidoids had a relatively brief run and didn't enjoy the lasting success of fellow punk pioneers the Ramones, Blondie, or Patti Smith. But the dark bohemian smarts of Hell's lyrics and the jagged, bracing attack of lead guitarist Robert Quine gave them a sound and a point of view that set them apart from their peers, and their small body of recorded work is among the strongest the CBGB's scene produced.
Richard Hell was born Richard Lester Meyers in Lexington, Kentucky on October 2, 1949. His father, an experimental psychologist, died when Richard was seven years old, and he was raised by his mother, who was an educator. In his teens, Richard attended the Sanford School, a private academy in Hockessin, Delaware, where he struck up a friendship with fellow student Tom Miller. The two ran away from school and hit the road; when they set a field on fire somewhere in Alabama, they were arrested and later expelled. Richard headed to New York City and tried to make a name for himself as a poet, publishing verse in several magazines and producing his own homemade mimeographed chapbooks. In 1972, Tom Miller joined Richard in New York; they wrote a book of poems together under the name Theresa Stern, and Miller, who was an accomplished guitarist, proposed that they form a band. Miller persuaded Richard to get a bass guitar and learn to play; Tom then adopted the stage name Tom Verlaine, and Richard became Richard Hell. With the addition of drummer Billy Ficca, Verlaine and Hell's band became the Neon Boys. The Neon Boys attracted little attention, but in 1974, with the addition of guitarist Richard Lloyd, they evolved into Television and landed a Sunday night residency at a new club on New York's Bowery, CBGB.
Television developed a buzz after news began to spread about the new music emerging from the Bowery that some were calling punk rock, and Brian Eno produced a demo for the group. However, Hell and Verlaine butted heads over control of the band and how many songs each could contribute to the group. In May 1975, Hell quit Television, and within a week he was invited to join the Heartbreakers, a new band formed by ex-New York Dolls guitarist Johnny Thunders. The Heartbreakers quickly became a popular club attraction in New York, but Hell again chafed at not being able to play as many of his own songs as he wanted. In early 1976, Hell left the Heartbreakers to found his own band. Named in part after a novella Hell had written called "The Voidoid," Richard Hell & the Voidoids featured lead guitarist Robert Quine, a jazz fan who was Hell's co-worker at the bookshop Cinemabilia; rhythm guitarist Ivan Julian, who had previously been a member of the R&B group the Foundations; and drummer Marc Bell, formerly with proto-metal band Dust, alongside Hell on lead vocals and bass. Richard Hell & the Voidoids were soon one of the most talked about acts on the nascent punk rock scene, and Hell's moody charisma led one magazine to call him punk's answer to Mick Jagger. Sire Records signed the group to a deal, and in 1977, they dropped their debut, Blank Generation. The album won rave reviews from critics, but the music was too challenging for mainstream audiences, and the Voidoids had little success touring in the United States, in part because few venues were willing to book visiting punk acts.
A tour of England opening for the Clash proved to be problematic, as Hell and his bandmates faced spitting and uncomprehending audiences while Hell's addiction to heroin sent him through frequent bouts of withdrawal. The original lineup of the Voidoids splintered as Bell left the band in 1978 to join the Ramones (taking the name Marky Ramone in the process), Julian formed his own group, the Outsets, and Sire dropped their contract. As Hell regrouped, he played a punk rock musician named Billy in 1980's Blank Generation, a film by German director Ulli Lommell; Hell also received credit as a co-screenwriter on the project. In 1982, he once again played a character not unlike himself, down on his luck rocker Eric, in Susan Seidelman's independent feature Smithereens. (He would later play a bit part in Seidelman's next film, Desperately Seeking Susan.) By this time, Hell had put together a new lineup of the Voidoids, with Hell and Quine joined by guitarist Naux and drummer Fred Maher. The Voidoids' second album, Destiny Street, was released by Red Star Records as Smithereens was becoming a critical success, but despite strong reviews, Destiny Street wasn't a commercial success. The group once again collapsed. In 1985, Hell took one last stab at resurrecting the Voidoids, touring with a lineup that featured Hell on vocals, Jody Harris on guitar, Ted Horowitz on bass, and Anton Fier on drums. One track by this edition of the band would appear on the 1990 retrospective live release Funhunt, but they faded out before the band could enter the studio.
After 1985, Hell would record only sporadically and very rarely performed live, pursuing a career as a novelist and essayist, while Quine, choosy about his projects, would record and tour with Lou Reed, Tom Waits, and Matthew Sweet, among others. In 1999, Hell, Quine, Julian, and Bell came together to record a fresh song, "Oh," for the compilation Beyond Cyberpunk (produced by Wayne Kramer), but the death of Quine in 2004 effectively put an end to any further Voidoids reunions. In 2017, Rhino Records released a remastered and expanded 40th Anniversary edition of Blank Generation, created with Hell's cooperation.