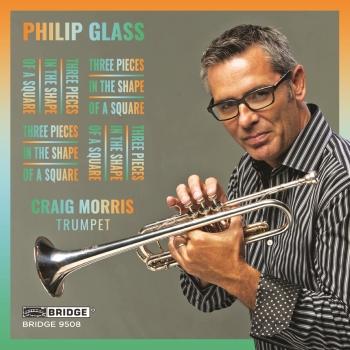 Glass: 3 Pieces in the Shape of a Square 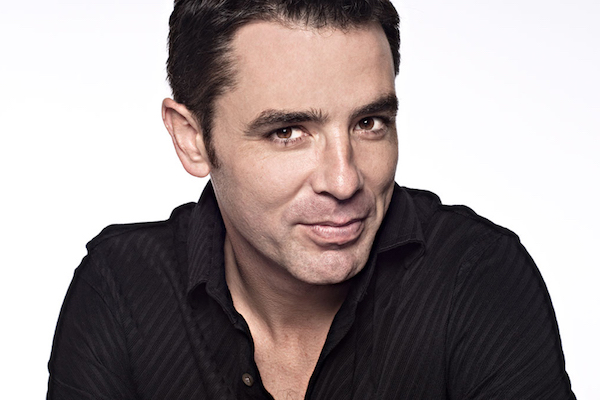 Craig Morris
emerged onto the international classical music scene by winning the prestigious position of Principal Trumpet in the Chicago Symphony Orchestra, assuming that post from the legendary Adolph “Bud” Herseth in 2001. A desire to more fully focus on his own artistic projects, however, led Morris to leave his position with the CSO and pursue a career as a soloist and chamber musician. As a soloist, Morris has been featured with the Chicago Symphony Orchestra, the San Francisco Symphony, the Cabrillo Festival of Contemporary Music, the Beijing Modern Music Festival, the Sacramento Symphony, and the Miami Bach Society to name a few. Additionally, Morris has been a featured soloist at Carnegie Hall, the American Bandmasters Association Convention, and the International Computer Music Conference. In 2009, Craig gave the U.S. Premier of Desolation Wilderness, a trumpet concerto by the renowned British composer Joby Talbot, under the baton of Marin Alsop at the Cabrillo Festival of Contemporary Music. Craig’s debut solo CD, Permit Me Voyage – featuring the music of Debussy, Schumann, Brahms, and Barber – will be released on Naxos in 2011, following the acclaimed 2007 Naxos release, Reflections, featuring Morris as the soloist on Thom Sleeper’s Concerto for Trumpet. Morris was also the subject of an hour-long radio feature/interview on KALW San Francisco after his performance of the Talbot Concerto at the Cabrillo Festival of Contemporary Music in 2009. During his orchestral career, Craig performed as Principal Trumpet on the Grammy nominated recording of Furtwangler’s Symphony No. 2 with the CSO and Daniel Barenboim, as well as the following recordings with the San Francisco Symphony: Copland the Populist -- Charles Ives the American Journey -- American Mavericks: Visionaries, Pioneers, Iconoclasts -- Aaron Copland: The Essence of America -- and Metallica: S&M. A strong new music advocate, Morris has worked closely with prominent composers such as Jennifer Higdon, John Adams, John Corigliano, Steve Rouse, Osvaldo Golijov, Avner Dorman, Kevin Puts, Mason Bates, Aaron Jay Kernis, Dorothy Chang, and many more. Prior to his appointment in Chicago, Morris held the position of Associate Principal Trumpet in the San Francisco Symphony and Principal Trumpet in the Sacramento Symphony. He has performed with artists such as Pinchas Zukerman, Martha Argeric, Daniel Barenboim, Marin Alsop, Michael Tilson Thomas, Miroslav Rostropovich, Gil Shaham, and Helene Grimaud among others. He has also had the fortune of performing in some of the world’s most prestigious concert halls: Carnegie Hall, the Musikverein in Vienna, the Concertgebouw in Amsterdam, the KKL Luzern, Boston Symphony Hall, the BBC Proms at Royal Albert Hall, and more. In addition to the previously mentioned orchestra positions, Craig has held/won the Fourth Trumpet position in both the Chicago and Boston Symphony Orchestras. Morris is currently the Professor of Trumpet and Chair of the Brass Program at the University of Miami, Frost School of Music, where he devotes himself to his teaching and his career as a soloist and chamber musician. A Texas native, Morris grew up in a musical family. He attended the University of Texas and the San Francisco Conservatory of Music. His principal teachers include Ray Crisara (Professor, University of Texas), Glenn Fischthal (former Principal Trumpet, San Francisco Symphony), and Jim Wilt (Associate Principal Trumpet, Los Angeles Philharmonic).