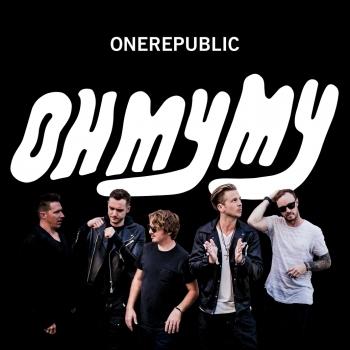 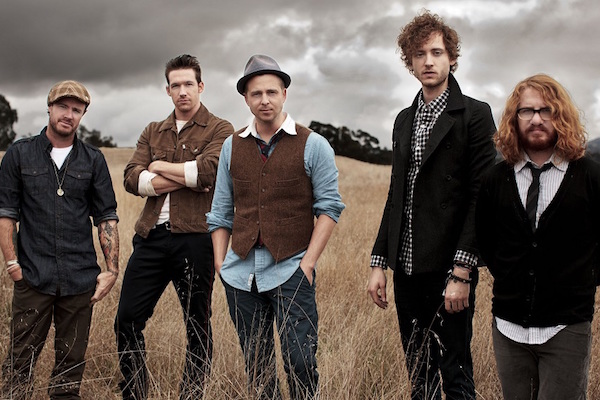 OneRepublic
Featuring the anthemic songwriting of Ryan Tedder, OneRepublic rose to prominence in 2007, when “Apologize” began its reign as the most popular digital download in American history. Although the song proved to be a quick success, OneRepublic had spent five years touring the musical minor leagues before its release, with Tedder splitting his time between the band’s work and production gigs for other artists. Tedder and Zach Filkins formed the band in 2002 and relocated to Los Angeles shortly thereafter, adding keyboardist Drew Brown, bassist/cellist Brent Kutzle, and drummer Eddie Fisher to the lineup in the process. OneRepublic then signed with Sony BMG’s Columbia label in 2003; three years later, however, the bandmates returned from a performance at Coachella to find themselves dropped from Columbia’s roster.
Nevertheless, OneRepublic’s popularity continued to soar on MySpace, and Tedder helped raise the group’s profile by penning songs for artists like Blake Lewis and Hilary Duff. Hip-hop producer Timbaland (with whom Tedder had already worked for several years) took notice of the group’s audience and signed OneRepublic to his own Mosley Music Group, a joint venture with Interscope Records. Timbaland also remixed one of the group’s most promising tracks, “Apologize,” and included it on his own album, 2007’s Timbaland Presents Shock Value. The song quickly became a platinum-selling single in many countries, breaking airplay records in the U.K. and selling an unprecedented 4.3 million digital downloads in America alone. Later that year, OneRepublic stepped out on their own with Dreaming Out Loud, a debut album filled with piano-fueled songwriting and pop/rock melodies. The album quickly went gold, and “Apologize” continued to top the singles charts in multiple countries. Another Tedder-penned track, Leona Lewis’ “Bleeding Love,” experienced similar success at the same time, thus making Tedder one of the year’s most celebrated songwriters. OneRepublic began writing songs for a second album in 2008, and the group later decamped to Colorado Springs to avoid outside distractions. Although initially planned for a summer release, Waking Up wasn’t completed until September 2009. “All the Right Moves,” the album’s lead single, was released to radio that same month, while the entire album followed in November. In 2013, OneRepublic returned with their third studio album, Native, featuring the singles “Feel Again,” “If I Lose Myself,” and their biggest hit to date, “Counting Stars.” During the group’s subsequent extensive world tour, a deluxe version of Native was released, featuring the hit “Love Runs Out,” which reached number 15 on the Hot 100 and was a Top 10 hit in several other countries.