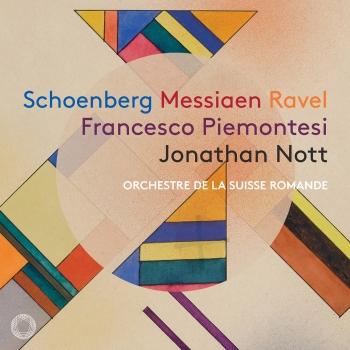 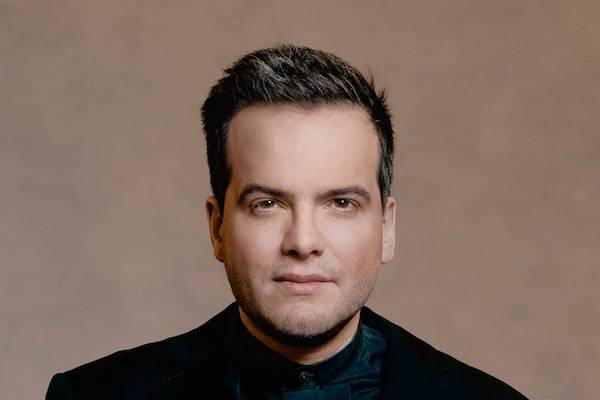 Francesco Piemontesi
is a pianist of exceptional refinement of expression, which is allied to a consummate technical skill. Widely renowned for his interpretation of Mozart and the early Romantic repertoire, Piemontesi’s pianism and sensibility has a close affinity too with the later 19th century and 20th century repertoire of Brahms, Liszt, Dvořák, Ravel, Debussy, Bartók and beyond. Of one of his great teachers and mentors, Alfred Brendel, Piemontesi says that Brendel taught him ​“to love the detail of things”.
The 2021/22 season leads him to orchestras such as London Philharmonic Orchestra and Robin Ticciati with whom he plays the opening concerts of the new concert halls in Ankara and Istanbul, followed by engagements with Bergen Philharmonic Orchestra, Deutsches Symphonie-Orchester Berlin, Budapest Festival Orchestra, Finnish Radio Symphony Orchestra, Gürzenich Orchestra, Philharmonia Zürich, Wiener Symphoniker, Seattle Symphony and Frankfurt Museumsorchester under the baton of Constantinos Carydis. Recital engagements take him to Klavierfestival Ruhr, L’Aquila, Paris, Monte-Carlo, Wiener Konzerthaus, Basel, Las Palmas and Schubertiade Schwarzenberg.
Recent highlights include Piemontesi’s residency at the Orchestre de la Suisse Romande, marking the first-ever residency the Orchestra has named, as well as his debut appearance with Berliner Philharmoniker. Francesco Piemontesi regularly appears with major ensembles worldwide: London Symphony Orchestra, Los Angeles Philharmonic, Boston Symphony, NHK Symphony, Cleveland orchestras, Israel Philharmonic, Symphony Orchestra of the Bavarian Radio, Munich Philharmonic, Gewandhausorchester Leipzig, Pittsburgh Symphony Orchestra, Czech Philharmonic Orchestra, Oslo Philharmonic Orchestra, Orchestre de Paris, Tonhalle-Orchester Zürich, Orchestra Nazionale della RAI di Torino and Accademia Nazionale di Santa Cecilia.
In 2019, Piemontesi released a disc entitled ​‘Schubert Last Piano Sonatas’ with Pentatone. Previous recordings include Liszt’s Années de Pelerinage, Mozart’s Piano Concertos with the Scottish Chamber Orchestra and Andrew Manze on Linn, and for Naïve he has recorded Debussy Préludes and Mozart solo piano works.
Born in Locarno, Francesco Piemontesi studied with Arie Vardi before working with Alfred Brendel, Murray Perahia, Cécile Ousset and Alexis Weissenberg. He rose to international prominence with prizes at several major competitions, including the 2007 Queen Elisabeth Competition. Since 2012, Piemontesi has been the Artistic Director of the Settimane Musicali di Ascona.
Jonathan Nott
Well known for the power, vigour and clarity of his interpretations of Mahler’s works, Jonathan Nott was invited in 2014 to conduct the musicians of the Orchestre de la Suisse Romande in a performance of Mahler’s Seventh Symphony. As a result of this very promising first meeting, he was appointed as Music and Artistic Director of the Orchestre de la Suisse Romande as from January 2017.
After studying music at the University of Cambridge, singing and flute at the Royal Northern College of Music in Manchester and conducting in London, he began his career at the opera houses in Frankfurt and Wiesbaden where he conducted all major works of the repertoire including Wagner’s complete Ring cycle.
The year 1997 marked the beginning of a special relationship with Switzerland: as principal conductor of the Lucerne Symphony Orchestra he took an active part in the inaugural period of the new KKL where he also performed with the Ensemble Intercontemporain founded by Pierre Boulez, and of which he was the music director from 2000 to 2003.
His sixteen years as principal conductor of the Bamberg Symphony Orchestra from 2000 until 2016 were filled with varied and enriching experiences: he created artist-in-residence programmes, went on several international tours with the orchestra, he received a Midem Award in 2010 for his recording of Mahler’s Ninth Symphony, and he launched the Gustav Mahler Conducting Competition from which have emerged some of today’s world famous conductors such as Gustavo Dudamel and Lahav Shani.
Moreover, Jonathan Nott has also been music director of the Tokyo Symphony Orchestra since 2014.
He brings inspiration to young artists through his loyal and long-term commitment to the Junge Deutsche Philharmonie and to the Gustav Mahler Youth Orchestra.
Jonathan Nott has a large catalogue of highly acclaimed recordings, including Ligeti’s complete orchestral works performed by the Berlin Philharmonic, the entire Schubert and Mahler Symphonies played by the Bamberg Symphony Orchestra, Mahler’s Das Lied von der Erde with the Vienna Philharmonic Orchestra and Jonas Kaufmann as soloist.
His first recording with the Orchestre de la Suisse Romande of works by Richard Strauss, Claude Debussy and Gyorgy Ligeti was released by PentaTone in September 2018 and his second recording, dedicated to Arnold Schoenberg and Claude Debussy’s Pelléas et Mélisande and launched in 2021 has been highly acclaimed by the critics, receiving a "choc" from Classic and the Preis der deutschen Schallplattenkritik (German Record Critics Prize). A third CD featuring pianist Francesco Piemontesi in works by Ravel, Schoenberg and Messiaen is scheduled for release in 2022.