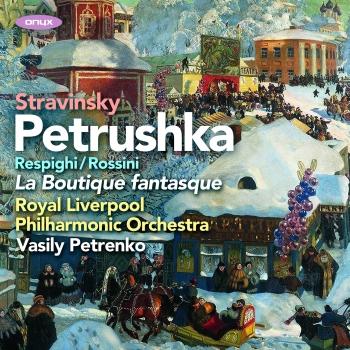 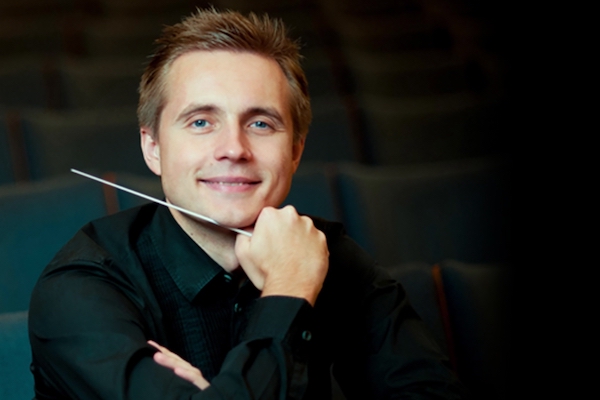 Vasily Petrenko
In 2021, Vasily Petrenko will take up the position of Music Director of the Royal Philharmonic Orchestra. Currently, he holds the position of Chief Conductor of the Royal Liverpool Philharmonic Orchestra (since 2009 as a continuation of his period as Principal Conductor which commenced in 2006), Chief Conductor of the European Union Youth Orchestra (since 2015) and Principal Guest Conductor of the State Academic Symphony Orchestra of Russia (since 2016). He served as Chief Conductor of the Oslo Philharmonic Orchestra (2013-2020), Principal Conductor of the National Youth Orchestra of Great Britain (2009–2013), and Principal Guest Conductor of the Mikhailovsky Theatre, where he began his career as Resident Conductor (1994–1997).
Vasily Petrenko was born in 1976 and started his music education at the St Petersburg Capella Boys Music School – Russia’s oldest music school. He then studied at the St Petersburg Conservatoire where he participated in masterclasses with such luminary figures as Ilya Musin, Mariss Jansons and Yuri Temirkanov.
He has worked with many of the world’s most prestigious orchestras including the Berlin Philharmonic, Leipzig Gewandhaus, London Symphony, London Philharmonic, Philharmonia, Accademia Nazionale di Santa Cecilia (Rome), St Petersburg Philharmonic, Orchestre National de France, Czech Philharmonic, NHK Symphony and Sydney Symphony orchestras. He has appeared at the Edinburgh Festival, Grafenegg Festival and made frequent appearances at the BBC Proms. Recent years have seen a series of highly successful North American debuts, including the Philadelphia Orchestra, Los Angeles Philharmonic Orchestra, Cleveland Orchestra, and the San Francisco, Boston, Chicago, Montréal and St Louis Symphony orchestras.
Equally at home in the opera house, and with over thirty operas in his repertoire, Vasily Petrenko made his debuts in 2010 at Glyndebourne Festival Opera (Macbeth) and the Opéra de Paris (Eugene Onegin), and in recent seasons has also conducted at the Mikhailovsky Theatre, Zürich Opera and Bayerische Staatsoper. This coming Autumn he will make his debut at the Metropolitan Opera, New York, in a production of The Queen of Spades.
Vasily Petrenko has established a strongly defined profile as a recording artist. Amongst a wide discography, his Shostakovich symphony cycle for Naxos Records with the Royal Liverpool Philharmonic Orchestra has garnered worldwide acclaim. With the Oslo Philharmonic Orchestra, he has recently released cycles of Scriabin’s symphonies and Strauss’ tone poems.
In September 2017, Vasily Petrenko was honoured with the Artist of the Year award at the prestigious annual Gramophone Awards, one decade on from receiving their Young Artist of the Year award in October 2007. In 2010, he won the Male Artist of the Year at the Classical BRIT Awards and is only the second person to have been awarded Honorary Doctorates by both the University of Liverpool and Liverpool Hope University (in 2009), and an Honorary Fellowship of the Liverpool John Moores University (in 2012), awards which recognise the immense impact he has had on the Royal Liverpool Philharmonic Orchestra and the city’s cultural scene.