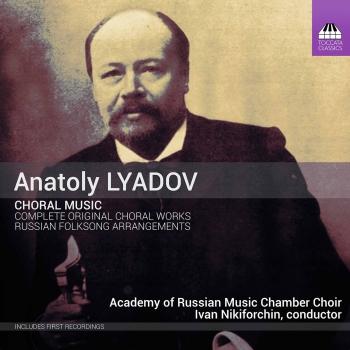 Ivan Nikiforchin
born in Moscow in 1995, graduated from the Academic Music College at the Moscow State Conservatoire (the choral conducting class) and from the Moscow State Tchaikovsky Conservatoire (the opera and symphonic conducting class). His extensive repertoire includes music from many different periods – from Bach, Purcell and Mozart to Elgar, Hindemith and Schoenberg – and he has given the Russian premieres of works by Elgar, Hindemith, Holst, Respighi and many other composers.
From 2017, he was assistant to Valery Polyansky, the chief conductor and choirmaster of the State Academic Symphony Capella of Russia, and since 2021 he has conducted the Capella himself. In September 2019 he was given an award by the International Boris Tchaikovsky Society for outstanding achievements in the interpretation of twentieth-century Russian music. Two months later, as the best graduate conductor of the Moscow Conservatoire, he was awarded a scholarship from the renowned Russian conductor Alexander Sladkovsky, Chief Conductor of the State Academic Symphony Orchestra of Tatarstan, and in 2020 he became conductor of that orchestra. In March 2021 he made his debut at the Bolshoi Theatre as a guest conductor in Mozart’s Don Giovanni.