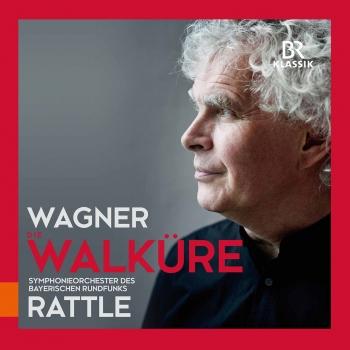 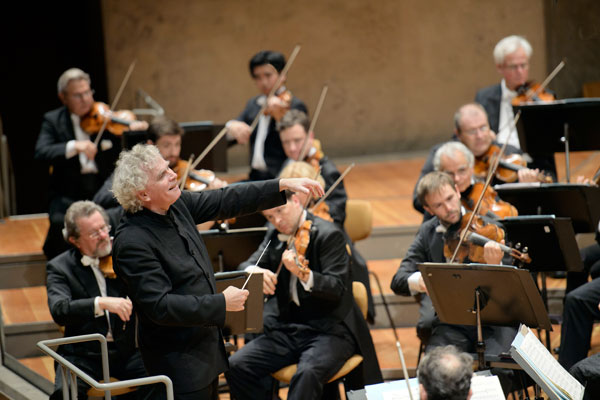 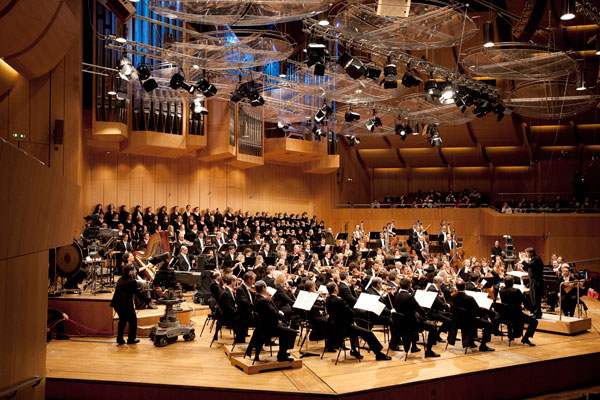 Simon Rattle
was born in Liverpool and studied at the Royal Academy of Music.
For some years Principal Guest Conductor of the Rotterdam and Los Angeles Philharmonic Orchestras, in 1980 he became Principal Conductor and Artistic Adviser of the City of Birmingham Symphony Orchestra, stepping up to Music Director from September 1990 until August 1998. He is also Founding Patron of the Birmingham Contemporary Music Group and since the early 1990s, has been a Principal Artist of the Orchestra of the Age of Enlightenment. As guest conductor, he appears regularly in the United States, London and Europe, with close links to a number of orchestras most notably with the Vienna Philharmonic and Philadelphia Orchestras.
In September 2002 he became Chief Conductor and Artistic Director of the Berliner Philharmoniker where he leads regular tours in Europe, North America and the Far East and has recently conducted Bach's St. Matthew Passion in Lucerne, Salzburg London's BBC Proms and will be taking the production to New York this Autumn. His most recent opera includes the Staatsoper Berlin, Wiener Staatsoper, the Metropolitan Opera and the Royal Opera House Covent Garden.
Symphonieorchester des Bayerischen Rundfunks
Not long after it was established in 1949, the Symphonieorchester des Bayerischen Rundfunks (Bavarian Radio Symphony Orchestra) developed into an internationally renowned orchestra. The performance of new music enjoys an especially long tradition, and right from the be- ginning, appearances in the musica viva series, created by composer Karl Amadeus Hartmann in 1945, have ranked among the orchestra’s core activities. On extensive concert tours to virtually every country in Europe, to Asia as well as to North and South America, the Symphonieorchester des Bayerischen Rundfunks continually con rms its position in the first rank of top international orchestras. The history of the Symphonieorchester is closely linked with the names of its previous Chief Conductors: Eugen Jochum (1949–1960), Rafael Kubelík (1961– 1979), Sir Colin Davis (1983– 1992) and Lorin Maazel (1993–2002). In 2003, Mariss Jansons assumed his post as new Chief Conductor. With a number of CD releases, among others a series of live recordings of concerts in Munich, Mariss Jansons continues the orchestra’s extensive discography. Maestro Jansons, the Chor and Symphonieorchester des Bayerischen Rundfunks were honoured for their recording of the 13th Symphony of Shostakovich when they were awarded a Grammy in February of 2006 in the “Best Orchestral Performance” category. In December, 2008, a survey conducted by the British music magazine Gramophone listed the Symphonieorchester des Bayerischen Rundfunks among the ten best orchestras in the world. In 2010, Mariss Jansons and the Symphonieorchester des Bayerischen Rundfunks received an ECHO Klassik Award in the category “Orchestra/Ensemble of the Year” for their recording of Bruckner’s 7th Symphony on BR-KLASSIK. The complete Beethoven symphonies, performed by the Symphonieorchester under Mariss Jansons in Tokyo in the autumn of 2012, were voted by the Music Pen Club Japan – the organisation of Japanese music journalists – as the best concerts by foreign artists in Japan in 2012.