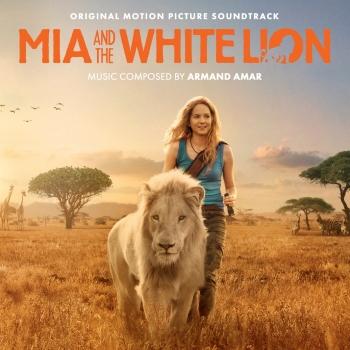 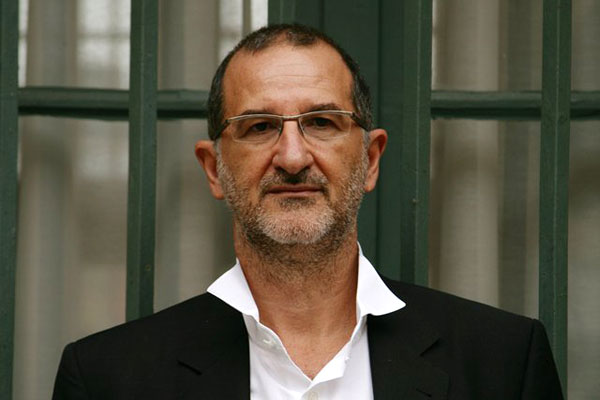 Armand Amar
French of Moroccan origin (born in Jerusalem), Armand Amar spent his childhood in Morocco. Imbued with the sounds of instruments considered exotic at the time, the pull of that “world apart” exercised by extra-European music soon fascinated him. Autodidact, he was constantly searching for physical experiences in the early years of his musical apprenticeship, whereas in the following years his search became a commitment; he learned to play tablas, discovered the zarb and congas, and studied under various masters of traditional and classical music.
Armand’s discovery of dance in 1976, following an invitation from South African choreographer and trained anthropologist Peter Goss was another decisive moment. Suddenly what he’d been looking for was right there in front of him – a direct relationship to music, the power to improvise freely, the advantages of authentic, on-the-spot exchanges. Two challenging ventures broadened his scope even further: his involvement in Patrice Chéreau’s actors’ school and his teaching at the Conservatoire National Supérieur [Higher National Music School] focussed on the relationship between music and dance. Since then he has worked with various choreographers from the different branches of contemporary dance (Marie-Claude Pietragalla, Carolyn Carlsson, Francesca Lattuada, Russell Maliphant etc.).
The musical and spiritual influences at play show through in his film scores, such as in the following selection: Eyewitness (2000), The Axe (2005), Eden is East (2009) all by Costa-Gavras. The Concert (winner of the César /Best Soundtrack of the Year Award 2009), Live and Become (2006), The Source (2011) all by Radu Mihaileanu, Days of Glory (2006), by Rachid Bouchareb, Blame it on Fidel (2006) by Julie Gavras, The First Cry by Gilles de Maistre (2007), The Maiden and the Wolves (2008) and You will be my Son (2011) by Gilles Legrand, Sagan by Diane Kurys (2008), Like Five Fingers by Alexandre Arcady, HOME by Yann Arthus-Bertrand (2009), Free Men by Ismaël Ferroukhi (2010). In 2012 Armand Amar composed the original scores of two Brazilian films: My Sweet Orange Tree by Marcos Bernstein and Amazonia Eterna by Belisario Franca, as well as of the films Planet Ocean by Yann Arthus-Bertrand, What the day owes to the Night by Alexandre Arcady, and The Capital by Costa-Gavras. He wrote the music for Nicolas Vanier’s Belle and Sebastien, and Philip Muyl’s new film Le Promeneur d’oiseau. In August 2014, he received the Amanda Award/ Best soundtrack of the Year for the music of the Norwegian director Erik Poppe’s movie A Thousand Times Goodnight. He recently composed the music for Belle et Sébastien, l’aventure continu by Christian Dugay, L’Odeur de la Mandarine by Gilles Legrand and HUMAN by Yann Arthus-Bertrand.
In 1994 in partnership with his friend Alain Weber, he founded the record label Long Distance for traditional, world and classical music; it now boasts more than 60 titles. His own work is released through naïve, Long Distance, Universal, Sony and Warner.
In addition, the composer has created in June 2011, at the Fes Festival of World Sacred Music, Morocco, his first "oratorio mundi" named Leyla & Majnun, after the legend with the same name, which uses a cast of forty singers and musicians from all over the world. The performance was scheduled at Salle Pleyel, Paris, in April 2014.