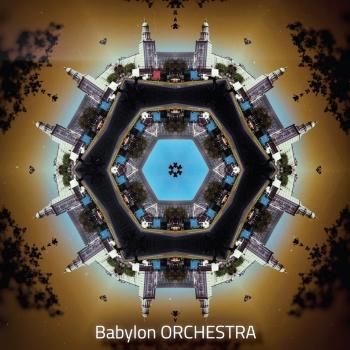 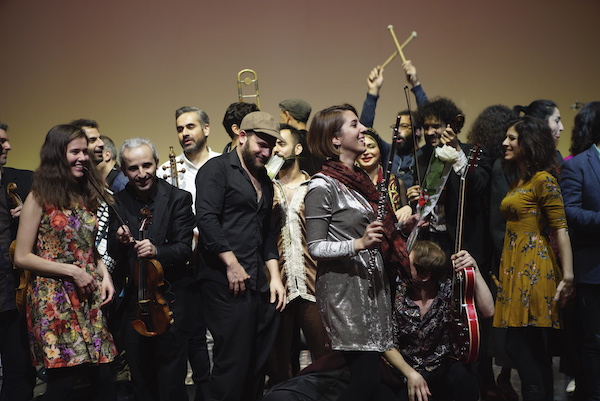 Babylon ORCHESTRA
When violinist and composer Mischa Tangian and arts manager Sofia Surgutschowa brought the Babylon ORCHESTRA project to light in early 2016, the main idea was to welcome refugee musicians to Berlin and give them a platform for their art. What began as a social project, quickly grew into something that has challenged their personal limits and defied what they thought was possible. But rather than worrying about it, they just did what they do best: making music and supporting musicians. This only proves that the phrase “We can do it” that had become so well-known at the time, could have many meanings. Bit by bit, an orchestra emerged, whose members were united by a love for the cultures of the world, as well as an openness and an insatiable urge to discover new things and create innovative artistic forms, capable of transcending all borders. And for several years now they have been on an adventurous odyssey through previously unknown cultures. Together, they have engaged in an intimate dialogue with remarkable guest soloists from Iraq, Iran, Syria, Lebanon, Israel and Europe, sharing with audiences the orchestra’s motto: More respect, more culture – and more music! The group has already performed in many renowned Berlin venues, including the Komische Oper, the HAU (Hebbel am Ufer), the Deutsche Oper, the Volksbühne and Heimathafen Berlin. They have also performed alongside the Grandbrothers at the Elbphilharmonie in Hamburg, the Bundeskunsthalle in Bonn, and the Festival Mozaique and De Doelen in Rotterdam.