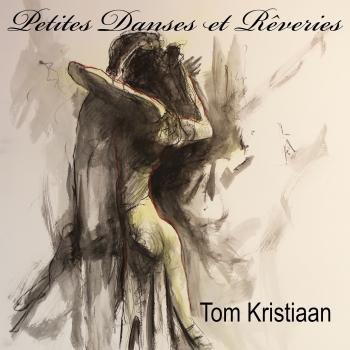 Tom Kristiaan
took his first music lessons at the age of 9. Piano was always the dream. At the Stedelijk Muziekconservatorium in Bruges, he studied piano, solfège, harmony and chamber music (1984-1992). Later (2012-2021), he took lessons in accordion, jazz piano, ensemble, music theory and composition at various conservatories (Ostend, Kortrijk and Bruges).
He composes for piano and accordion. Soothing, intimate compositions. Neo-classical. Always with a touch of melancholy.
In 2019 "In Deep Woods" was released, a first solo CD with 8 instrumental piano compositions. Cinematic music that was used in several docu's on VTM. In 2020 the EP "Tom's Gymnopédies" was released, in honour of Erik Saties famous works.
In 2021 came the second full-length album "Glance of You", which included singles such as "Winter Snow" and "Seized by the Wind" on the felt piano. In the spring of 2022, he released "Petites danses et rêveries", with singles such as "Danser sur l'eau", "Moi, toi et la danse" and "La Ballerine", which already reached more than 500,000 streams.
His compositions are listened to worldwide in more than 100 countries and reached more than 1800 playlists on streaming platforms.