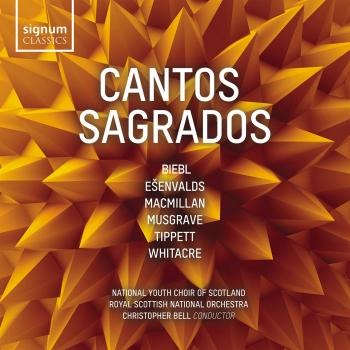 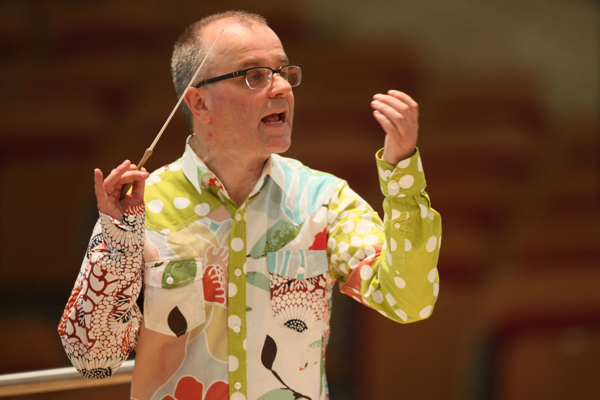 Christopher Bell
Belfast born Christopher Bell is the Artistic Director of NYCOS. He is also Chorus Director of the Grant Park Music Festival, Chicago, and the Artistic Director of the Washington Chorus.
He was formerly Associate Conductor of the BBC Scottish Symphony Orchestra (1989–91), Chorus Master of the Royal Scottish National Orchestra Chorus (1989–2002), the Belfast Philharmonic Choir (2005–11), the Royal Scottish National Orchestra Junior Chorus (1994–2017) and the Edinburgh Festival Chorus (2008 – 2018).
Christopher Bell was educated at Edinburgh University and held his first post as Associate Conductor of the BBC Scottish Symphony Orchestra between 1989 and 1991. Since then he has worked with many leading orchestras in the UK and Ireland, including the Royal Philharmonic Orchestra, Royal Scottish National Orchestra, BBC Scottish Symphony Orchestra, Scottish Chamber Orchestra, City of London Sinfonia, London Concert Orchestra, RTE National Symphony Orchestra, RTE Concert Orchestra and the Bournemouth Symphony Orchestra. He was Principal Guest Conductor of the State Orchestra of Victoria (1998–2000), and Associate Conductor of the Ulster Orchestra (2009–2017).
Christopher Bell enjoys working with young people. Before his posts with NYCOS and the RSNO Junior Chorus, for six years he directed the TOTAL Aberdeen Youth Choir, undertaking touring and recordings with them as well as many concerts in the North East of Scotland. He was the first Artistic Director of the Ulster Youth Choir between 1999 and 2004, a group which he developed and moulded into a critically acclaimed ensemble. Between 2001 and 2008 he was Artistic Director of the highly successful Children’s Classic Concerts series.
It was his work as Chorusmaster of the RSNO Chorus between 1989 and 2001 alongside the time with the Aberdeen Youth Choir which led Christopher to form NYCOS in 1996 to encourage young singers to develop their skills. Since then the organisation has grown, not only as a choral group with four national choirs and fourteen regional choirs across Scotland, but as a provider of educational training and resources for teachers and choir directors.
For his work with singers, and particularly his encouragement of young singers in Scotland, Christopher Bell was awarded a Scotsman of the Year 2001 award for Creative Talent. In 2003, he was awarded the Charles Groves Prize for his contribution to cultural life in Scotland and the rest of the UK. In 2009 he was awarded an Honorary Masters Degree from the Open University for Services to the Arts. In 2012 he was awarded an Honorary Doctor of Music from the Royal Conservatoire of Scotland in recognition for his contribution to the performing arts in Scotland. In 2013, Chorus America awarded Christopher the Michael Korn Founders Award for Development of the Professional Choral Art. In 2015, he received the degree of Doctor of Music, Honoris Causa, from The University of Aberdeen.
Royal Scottish National Orchestra (RSNO)
The Orchestra’s artistic team is led by Danish conductor Thomas Søndergård, who was appointed RSNO Music Director in 2018, having previously held the position of Principal Guest Conductor. Hong Kong-born conductor Elim Chan succeeds Søndergård as the new Principal Guest Conductor.
The RSNO performs across Scotland, including concerts in Glasgow, Edinburgh, Dundee, Aberdeen, Perth and Inverness. The Orchestra appears regularly at the Edinburgh International Festival, the BBC Proms at London’s Royal Albert Hall and previously the St Magnus Festival, Orkney, and has made recent tours to the United States of America, Spain, France, China and Germany. The RSNO was an active participant in the cultural programme of the 2014 Commonwealth Games, held in Glasgow and in the same year hosted the Ryder Cup Gala Concert at the SSE Hydro.
The Orchestra is joined for choral performances by the RSNO Chorus, directed by Gregory Batsleer. The RSNO Chorus evolved from a choir formed in 1843 to sing the first full performance of Handel’s Messiah in Scotland. Today, the RSNO Chorus is one of the most distinguished large symphonic choruses in Britain, with a membership of around 160. The Chorus has performed nearly every work in the standard choral repertoire along with contemporary works by renowned composers, including John Adams, Magnus Lindberg, Howard Shore and James MacMillan.
The acclaimed RSNO Junior Chorus, formed in 1978 by Jean Kidd, also performs regularly alongside the Orchestra. The Junior Chorus has now expanded its membership to over 400, with members aged from seven to eighteen. It has built up a considerable reputation singing under some of the world’s most distinguished conductors and appearing on radio and television.
The RSNO has a worldwide reputation for the quality of its recordings, receiving two Diapason d’Or de l’année awards for Symphonic Music (Denève/Roussel 2007; Denève/Debussy 2012) and eight GRAMMY Awards nominations. Over 200 releases are available, including the complete symphonies of Sibelius (Gibson), Prokofiev (Järvi), Glazunov (Serebrier), Nielsen and Martinů (Thomson), Roussel (Denève) and the major orchestral works of Debussy (Denève).
The RSNO’s pioneering learning and engagement programme, Music for Life, aims to engage the people of Scotland with music across key stages of life: Early Years, Nurseries and Schools, Teenagers and Students, Families, Accessing Lives, Working Lives and Retired and Later Life. The team is committed to placing the Orchestra at the centre of Scottish communities via community workshops and annual residencies across the length and breadth of the country.