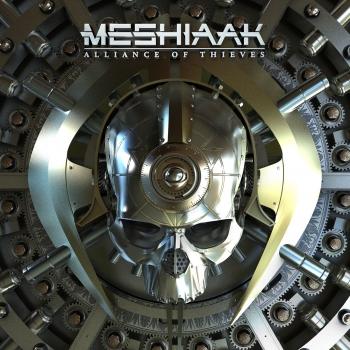 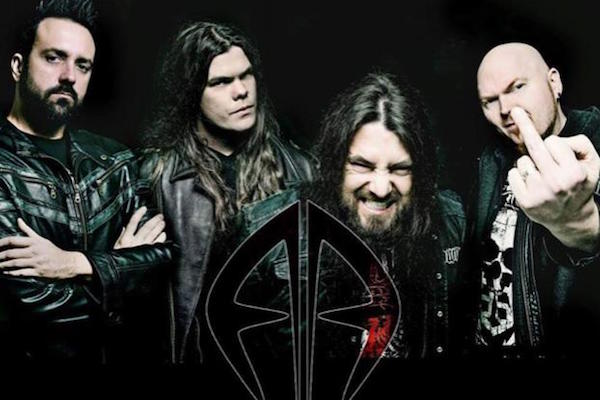 Meshiaak
In a thrash world gone metalcore, blackened or conversely, NWOBHM-scrappy, it's hard justice indeed that a band of brothers has come together to champion songwriting, performance, production, arrangement and even sequencing this forthrightly, Meshiaak bestowing on the scene an egregiously confident and 'old soul' record that evokes the magic of Ride the Lightning, Rust in Peace, South of Heaven and Burn My Eyes.
Formed in Melbourne, Australia by 4ARM's Danny Camilleri and Teramaze's Dean Wells, the band is rounded out by bassist Nick Walker and major rhythmic weapon Jon Dette, of Iced Earth, Slayer and Testament fame, not to mention his gig as temporary replacement for an injured Charlie Benante in Anthrax. It is the combination of the embarrassment of riches—and richness of ideas—embedded in the songwriting team of Tombs and Wells, with the band's warm and yet locked-down rhythmic beds that conspire to make tracks like groovy thrasher 'Chronicle of the Dead' and conversely the textured and proggy 'At the Edge of the World' so easy-drinking and yet thought-provoking of detail.
'We went with keeping the sound as band-orientated and organic as possible, but with using a lot of modern technology,' explains Dean. 'It's a blend of old and new because we recorded to two-inch tape for the drums through an old Neve desk, but the rest of the album was produced in my home studio. We also went with a mixer named Jacob Hansen who is known for a lot more progressive music. But I think the combination really gives Meshiaak a new and fresher sound than most traditional thrash albums. And so we've tried to create something fresh amongst the guidelines of traditional metal and thrash with some progressive elements, although at the same time we wanted to make music feel like when we first discovered bands like Megadeth, Metallica, Machine Head etc., even Alice in Chains and Slipknot.'
And throughout the sonic and emotional peaks and valleys of this expertly paced and sequenced record, it becomes obvious that all four of these guys have spent a lifetime soaking in the best of metal music and woodshedding it outward onto tape. The listener comes away with rock-solid confidence in the band as stadium-level songwriters capable and worthy of anchoring... let's call it the 'next next four' somewhere down the line generationally speaking past the original eight to ten thrash bands that wrote and then executed this well.