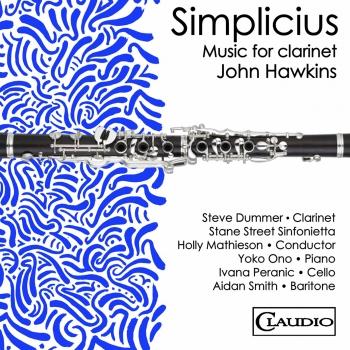 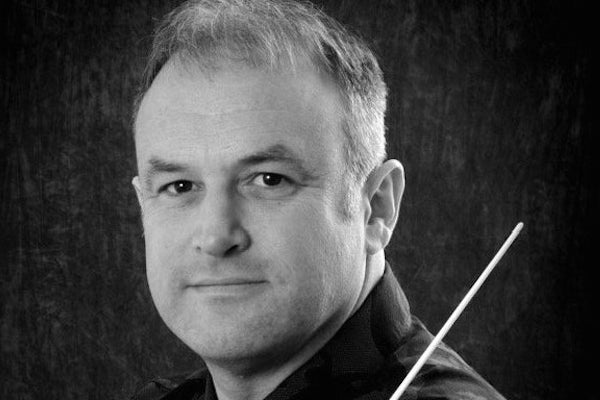 Steve Dummer
The conductor, composer and educator Steve Dummer, known to many as conductor of the Horsham Symphony Orchestra, appears in his other role as clarinettist to present an evening of music for the instrument with pianist Yoko Ono. Steve’s introductions are always an education so he will guide us through a programme including Sonatas by John Hawkins, Poulenc and Horovitz and works by Finzi, Baxter and Rodney Bennett with his usual enthusiastic presentation.
Steve was a student of the late, great clarinettist Jack Brymer and now gives regular concerts throughout the UK and for radio and television. He has given world premieres of music written for him by many composers and has recently recorded a CD of the complete clarinet music by John Hawkins. Apart from his work with Horsham Symphony Orchestra he is musical director of Kidenza, founder and musical director of Stane Street Sinfonietta, founder and musical director of Talkestra, conductor of the Reza Community Orchestra, musical director of CoMA Sussex and a regular tutor and conductor at Dartington International Summer School.
Japanese pianist Yoko received her musical training in Japan and at the Royal Academy of Music where she worked with Christopher Elton. After leaving the Academy, she studied with Maria Curcio and Benjamin Kaplan. Yoko is much in demand as a soloist and chamber musician performing in many countries. Her major concert hall performances include the Wigmore Hall, Purcell Room, Barbican and Suntory Hall. She has played piano concertos with Tokyo Philharmonic Orchestra and Worthing Philharmonic Orchestra. Now based in Brighton, Yoko teaches at the Royal College of Music Junior Department and Roedean School. She is a committee member of the Lunchtime Concerts at the Chapel Royal in Brighton.