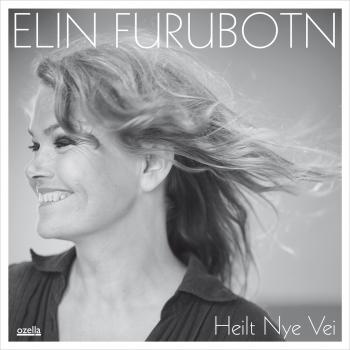 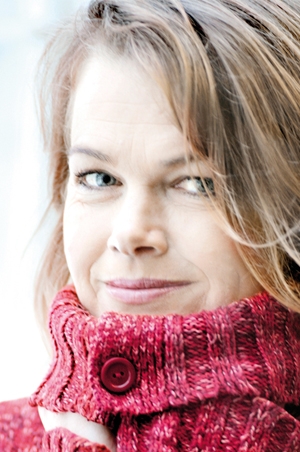 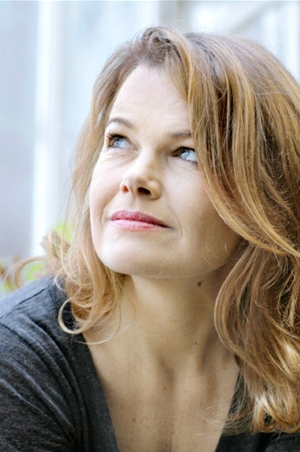 Elin Furubotn
Skiing in the winter and picking baskets of blueberries in the autumn was all part of Elins childhood. Music was an important part of her growing up with her two sisters, always singing in the small mountain village of Tonstad. Her mother taught her to play guitar at the age of 10. Surrounded on all sides by the high mountains of Sirdal, it was here in the valley by the river she started her first band, playing bass and singing with 3 other girls.
Today Elin is an accomplished singer accompanying herself on an acoustic nylon-stringed guitar. With her sharp musical sense and her sweet harmonies her refreshing style is likened to a carefree spring breeze.
Dividing her time between her two homes in Stavanger and Oslo it is often here by the fireside she can composes and writes her music. Her lyrics are often about little peculiar everyday things, the small events and situations that make everyday life important. Subtle tales of life observed filled with little gems of wisdom. This is life as we can see it if we just take the time to stop and reflect. She gives us lovely melodies that take us away from the noisy streets of the city’s theater to a place where you can feel and breathe, as she would have say. Her music can be quiet and thought provoking and at times with a strong rhythmic pulse.
With years of experience as a performer touring up and down Norway and a bag full of songs to her credit her latest album, "Heilt nye vei" ("Brand new path") will be her fifth solo album. The last two albums were released on the renowned Norwegian record label Kirkelig Kulturverksted (KKv).
"Heilt nye vei" will be released on German record company Ozella (http://www.ozellamusic.com), this will be her first release outside Scandinavia aimed at the German and European market. The new album produced by veteran Truls Birkeland has Elin working with a superb band of established Norwegian musicians. The German release features two English tracks and all lyrics have been translated into to both German and English for the CD booklet.
DUO CONCERTS WITH KARL SEGLEM An exciting concert collaboration with Norwegian jazz virtuoso Karl Seglem has also resulted in a new sound and expression. Karl Seglem is a Norwegian tenor saxophonist who also plays on a natural goat horn, a true composer, producer and poet. Called one of Norway´s foremost musicians, Seglem has worked extensively with musicians from all over the world and his unique sound has won many acclaimed prizes and awards. The combination of Elin and Seglem is inspiring and spacious. With Seglems use of Norwegian traditional music as a starting point and Elin´s melodic songs together they have created new beautiful music.