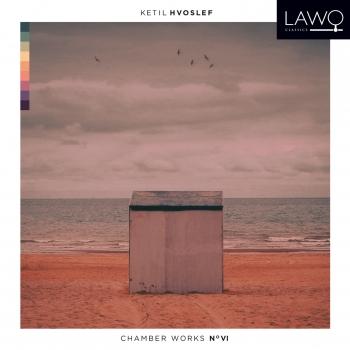 Ketil Hvoslef
In the year he turns 80, Ketil Hvoslef continues to write music at a furious pace. He has written for many thinkable and unthinkable ensembles, often relishing the challenge of working with potentially «hopeless» instrumental combinations. He is Norway’s most prolific composer of concertos, with 20 to date. He has three operas, numerous works for orchestra, and a wealth of chamber music. Hvoslef’s vocal music is of particular interest in that it includes, for the most part, «nonsense texts». Aware of the main pitfall of the Bel Canto tradition, where the beauty of tone in the vowels often results in the unintelligibility of the text, Hvoslef usually constructs his own «meaningless» words in order to underline the character of the music. He has also composed an impressive collection of works for solo instruments and a fair amount of incidental music.
Hvoslef’s style is characterized by an economy of means, the accumulation of latent energy, rhythmical ingenuity and, often, an element of humour. He has repeatedly said that he wishes for his listeners to lean forward on the edge of their chairs rather than sit back. There is, in Hvoslef’s music, always a sense of anticipation, a feeling that it is on its way to somewhere unknown, which in turn makes the experience of each moment all the more intense. There is always transparency in the music, allowing it to breathe and making it possible for the listener to follow what is happening in it.
Hvoslef Chamber Music Project
The recordings draw from the vast pool of performers in Bergen, where the composer lives and works, in order to facilitate a closer collaboration between composer and players on every single work up to the time of the actual recording. The performers are primarily from the Grieg Academy (University of Bergen) and the Bergen Philharmonic Orchestra, with the addition of some musicians from other Scandinavian countries. The aim of the recordings is to help promote the establishment of a performance practice for Hvoslef’s music.