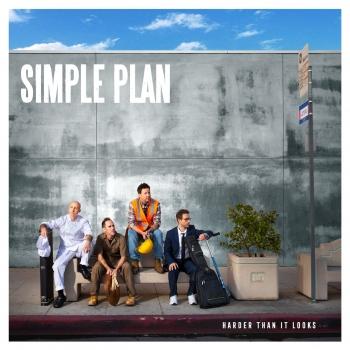 Harder Than It Looks 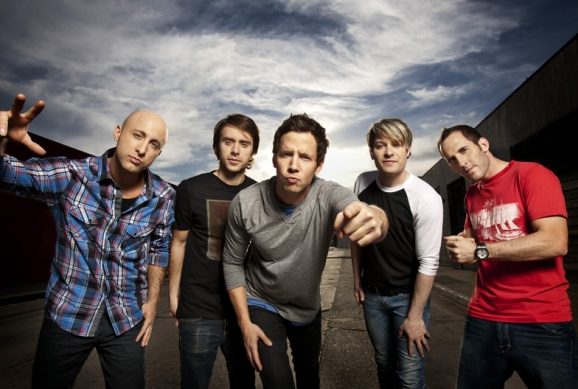 Simple Plan
One day last year, Simple Plan's Pierre Bouvier and Chuck Comeau were sitting in the recording studio trying to come up with lyrics for a track they planned to include on their new album, Get Your Heart On!. Not only did they want to write a song about the emotional power music can have in one's life, they also wanted to capture the sentiment behind the thousands of pieces of mail the band receive at their Montreal headquarters each month from fans all over the world who write to express what Simple Plan's music has meant to them. As Bouvier tells it: 'These letters are pretty overwhelming and humbling at the same time so we wanted to somehow pay homage to those fans. We were sitting there going, ‘I don't know, what do you think they would say?' and Chuck says, ‘Why don't we just ask them?'' The following message was posted on Comeau's Twitter feed: 'We decided to write a song about you guys…Can you tell me how our music has made you feel through the years?'
'Within seconds, the responses started coming in,' Comeau recalls, still marveling at the moment. 'It was a deluge, like a hurricane of answers.' Based on those Tweets, Bouvier and Comeau constructed what is perhaps the first song ever written entirely via Twitter: the poignant album closer 'This Song Saved My Life.' 'Every word is taken from the hundreds of messages we got from our fans,' Comeau says. It's a tribute to these loyal souls (25 of whom showed up from all over the world at a studio in Vancouver to sing on the track after the band tweeted an invite) who have faithfully followed the Canadian quintet since its inception in 1999, through three studio albums, two live albums, and tours to nearly every corner of the globe, including visits to Russia, Israel, Poland, Jakarta, Estonia, South Africa, and The Philippines, as well as extensive sold-out headlining tours of the U.S. and their native Canada.
Simple Plan's connection with its fans has translated into a string of hit singles, including 'I'd Do Anything,' 'Addicted,' and 'Perfect' from their 2002 double-platinum debut No Pads, No Helmets…Just Balls, 'Welcome To My Life' and 'Untitled (How Could This Happen To Me)?' from 2004's platinum Still Not Getting Any…, and 'When I'm Gone' and 'Your Love Is A Lie,' from 2008's Simple Plan, which debuted in the Top 3 in Mexico, Brazil, Japan, and Canada, Top 10 in Hong Kong, Sweden, Austria, Switzerland, Australia, and Germany, and Top 20 in Spain, Finland, and France. Overall, Simple Plan have sold nearly four million albums in the U.S. and Canada and more than 7.5 million albums worldwide.
Now the band are back with Get Your Heart On!, a gloriously fun, boundlessly melodic slice of poppy modern-rock that finds Simple Plan returning to the revved-up energy of No Pads and Still Not Getting Any after taking a slight detour with a darker, more beat-driven sound on their previous album.
'We love and are very proud of our third album and I feel like it was a record we had to make because we wanted to do something different,' bassist David Desrosiers says. 'But now it's time to get back to the high energy songs. We were really itching to have a batch of fast-up tempo songs, because they are really fun to play live.'
One of the first songs written for Get Your Heart On! was album opener 'You Suck At Love.' The chorus' instantly catchy melody and tongue-in-cheek punchline resonated with fans immediately when the band unveiled the song during a string of memorable performances at last year's Bamboozle Roadshow and was a key moment for the new album.