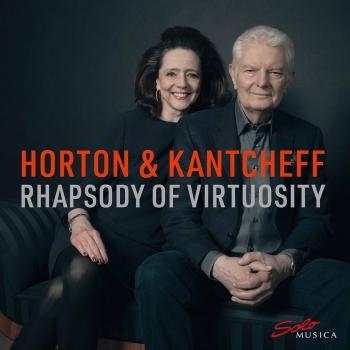 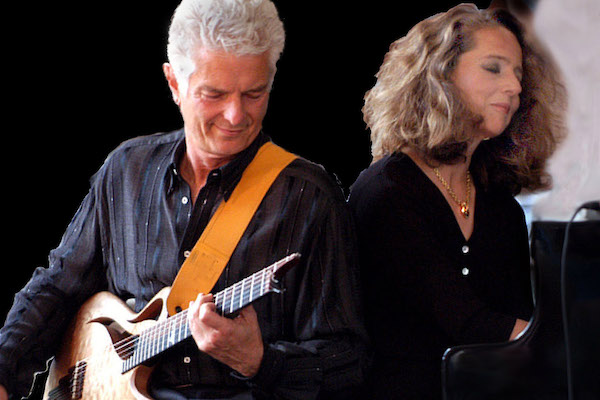 Peter Horton
started out as the Vienna Boys' Choir, studied singing in Stuttgart, as well as guitar in Berlin, Rio de Janeiro and Cordoba. As the host of his music series "Café in Takt", "Hortons Kleine Nachtmusik" and "Hortons Bistro", he wrote a piece of German television history. His duo " Guitarissimo " with Siggi Schwab became a living legend. His duo “ Symphonic Fingers ” with Slava Kantcheff shaped their own virtuoso sound architecture of the dialogue between guitar and piano and became one of the top addresses for musical jewelery and entertainment of the highest quality.
Peter Horton was a lecturer at the Hamburg University of Music, he wrote around 600 musical works and chansons and made music on stage and on records with world stars from David Bowie to Placido Domingo. He published about 60 records and 10 books. The total sales of his phonograms is well over a million pieces. As a writer, he made a name for himself with aphorisms and short stories. Peter Horton calls his holistic artistic expression "Philotainment". And the concept of art he coined leads to the soul and to a higher human condition - to promote aesthetic sensuality and the associated life energy with music and words.
In 1984 Peter Horton and the German-Bulgarian concert pianist Slava Kantcheff metknow and love. A decade-long human and musical journey to the present day, which begins in 1985 on the occasion of an appearance on Thomas Gottschalk's TV show “Na Sowas” with the piece “Freaky Fingers”. They then appear in almost all renowned TV shows at home and abroad. Within a short space of time, a concert repertoire was created that, for the first time in music history, combined the acoustic instruments guitar and piano both in terms of composition and interpretation as an equal body of sound: a unique tonal language that is characteristic of the virtuoso duo. The compositions by Peter are concertante manual work full of virtuosity, poetry and tenderness with all the spices of popular world music and the input of classical music.
They are the first duo in the world to play together via satellites on the occasion of the world exhibition in Seville (Slava in Seville and Peter in Dresden at the same time).
Slava Kantcheff
who grew up bilingually with German-French, appeared on German television at the age of seven and played Mozart's piano concerto KV 488 and Beethoven's piano concertos No. 3 and No. 5 on the big concert stage at the age of ten as a “child prodigy”.
This is followed by studies at the legendary “Conservatoire National Supérieur de Musique” in Paris. Concert tours have taken them to many stages around the world. Today she is one of the rare universal talents who have both the ability and the courage to be a “wanderer between the worlds” of the great music poles of that time. Her inspired piano playing, the experienced background as a concert pianist in harmony with Peter Hortonsguitaristic and compositional skills create new worlds of sound "together or in spite of" the unorthodox combination of instruments.
They are the first duo in the world to play together via satellites on the occasion of the world exhibition in Seville (Slava in Seville and Peter in Dresden at the same time).
In 1995 the congenial artist couple separated privately and continued to be celebrated on the concert stage as “ Symphonic Fingers ”. They play almost 4,000 concerts together and get married a second time in 2016. The press titled the musical carat of the two with headlines like: "Perfect symbiosis of guitar and grand piano - Fascinating soundscapes - Ravishing virtuosity - Fireworks of sounds - Brilliant finger talks - Triumph of the beautiful - Poetry reading in a thousand tones - Architects of world music - Finger acrobatics in harmony - Breathtaking music ... ”
The music of this extraordinary pair of musicians is the brand name for an island of acoustic magic - vacation for the ear - exciting joy of playing - in the spirit of the era, in which many old borders give way to a new feeling of togetherness.