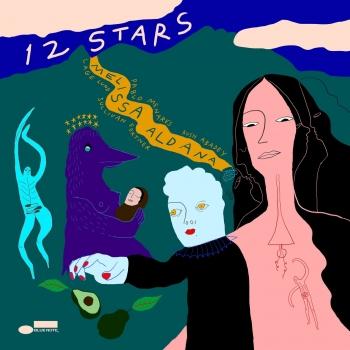 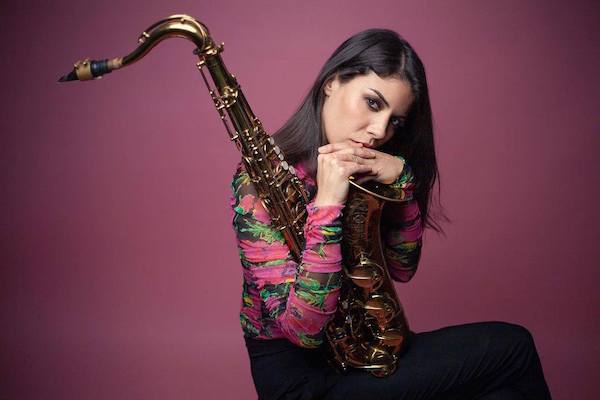 Melissa Aldana
was one of the founding members of ARTEMIS, the all-star collective that released their self-titled debut on Blue Note in 2020. The album featured Aldana’s simmering composition “Frida,” which was dedicated to Mexican painter Frida Kahlo, who inspired the musician through “her own process of finding self-identity through art.”
Kahlo was also the subject of Aldana’s celebrated 2019 album Visions (Motéma), which earned the saxophonist her first-ever GRAMMY nomination for Best Improvised Jazz Solo, an acknowledgment of her impressive tenor solo on her composition “Elsewhere.” In naming Visions among the best albums of 2019 for NPR Music, critic Nate Chinen wrote that Aldana “has the elusive ability to balance technical achievement against a rich emotional palette.”
Aldana was born in Santiago, Chile, and grew up in a musical family. Both her father and grandfather were saxophonists, and she took up the instrument at age six under her father Marcos’ tutelage. Aldana began on alto, influenced by artists such as Charlie Parker and Cannonball Adderley, but switched to tenor upon first hearing the music of Sonny Rollins, who would become a hero and mentor. She performed in Santiago jazz clubs in her early teens and was invited by pianist Danilo Pérez to play at the Panama Jazz Festival in 2005.
Aldana moved to the U.S. to attend the Berklee College of Music, and the year after graduating she released her first album Free Fall on Greg Osby’s Inner Circle label in 2010, followed by Second Cycle in 2012. In 2013, at 24, she became the first female instrumentalist and the first South American musician to win the Thelonious Monk International Jazz Saxophone Competition, in which her father had been a semi-finalist in 1991. After her win, she released her third album Melissa Aldana & Crash Trio (Concord). Aldana is also an in-demand clinician and educator and has recently been appointed to the faculty of the New England Conservatory’s Jazz Studies Department.