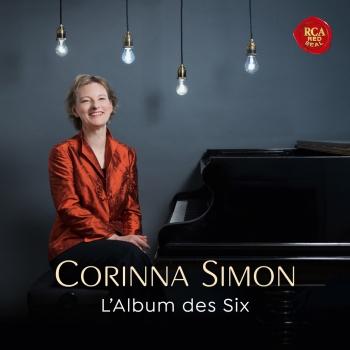 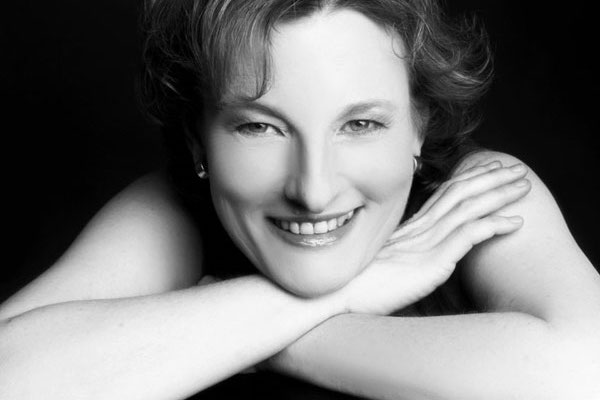 Corinna Simon
was born in Berlin. At the age of five she had her first piano lessons. At the age of twelve she was accepted at the Julius Stern Institute, the renowned conservatory in Berlin.
From 1978 she studied piano under Professor Ingeborg Wunder at the Hochschule der Künste, Berlin and after that under Professor Ludwig Hoffmann at the Musikhochschule München. During this time she took part in master classes given by György Sebok, Maria Curcio, Halina Czerny-Stefanska, Malcolm Frager and Karlheinz Kämmerling.
In 1984 she had her debut as a soloist in the Berlin Philharmonie. Since then she has had a very succesful career as a pianist in solo works and chamber music. Various engagements have lead her to the major music metropoles of Europe, like Vienna, Paris, Stockholm, Oslo, Brussels, and to the 'Lucerne Festival'. She has also performed in the USA and Asia, among them in Moskau, Washington, New York and San Francisco, Jakarta and Brunei.
Moreover, she has had the privilege of performing at officiel ceremonies to honour the following personalities - the former president of the Federal Republic of Germany Roman Herzog, the former UN-representative Mohammed el-Baradei, His Highness Prince El Hassan bin Talal of Jordan, the former foreign minister Hans-Dietrich Genscher and Prof. Dr. Dennis Meadows, the co-founder of 'Club of Rome', among others.
She has worked with well-known conductors like Jakov Kreizberg, Walter Weller, Christóbal Halffter, Marc Piollet, Lior Shambadal and Lukas Karytinos.
As a chamber musician Ms. Simon has given concerts with several famous personalities, for example the cellist Alban Gerhardt, the violinist Rainer Kimstedt and the singer Peter Maus.
She has been extremely successful performing and recording piano rarities in recent years. In connection with the twentieths anniversary of the reunification of Germany in 2010, she gave numerous concerts featuring solo works by contemporary composers like Hans Werner Henze, Bernd Alois Zimmermann and Friedrich Goldmann in several European countries and in the USA.
2011 saw the release of her CD of piano works by the Russian composer Reinhold Moritzewich Glière, which received outstanding reviews from the international press.
For Deutschlandradio Kultur in 2012, she recorded piano works by Jean Francaix, some of which had never been recorded before.
Corinna Simon has been teaching an advanced class of talented young pianists in Berlin for over 20 years.