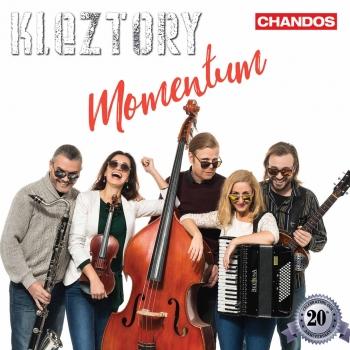 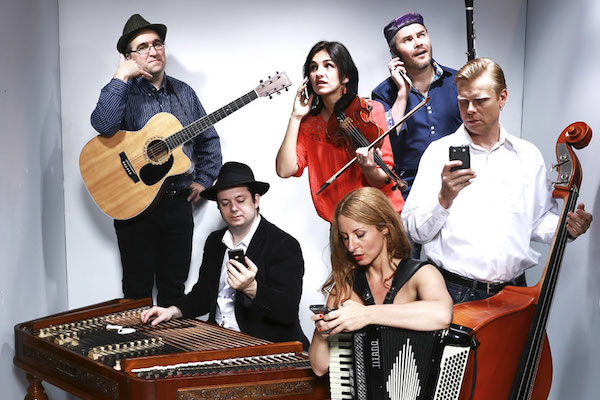 KLEZTORY
is a musical tradition that parallels Hasidic and Ashkenazic Judaism. Originating in the villages and ghettos of Eastern Europe, where nomadic Jewish musicians known as “klezmorim” performed at weddings and other celebrations, klezmer music has been played from the early middle ages until the beginning of the twentieth century. The Jews who emigrated to America in the 1880s to early 1900s brought klezmer music with them. In the New World, klezmer was heavily influenced by early jazz and swing, and the style continues to evolve. Klezmer’s distinctive sound blends artistic virtuosity with numerous tempo changes, irregular rhythms, dissonance and an element of improvisation. Eclectic and diversified, klezmer music is unique, easily recognizable and widely appreciated, both by “ethnic insiders” and larger audiences all around the world. Klezmer music currently enjoys tremendous popularity and has been undergoing a true revival since the 1980s.
In 2000, Airat Ichmouratov joined the klezmer group KLEZTORY in which he is presently leader of the group, plays the clarinet, composes and arranges. Similar to the music they perform, KLEZTORY is a rich mosaic of cultures (Russian, Canadian, Quebecois) musical training (academic and self-taught) and musical tastes (classical, contemporary, jazz, blues, country, and folk). Combining their talents, these musicians perform with an emotion and a virtuosity that is the true spirit of klezmer. Through the use of innovative arrangements that are respectful of the original compositions, KLEZTORY has forged a unique and yet authentic musical path.
KLEZTORY has played in a wide variety of Montreal venues, and during the 2000-2020 they performed over 800 concerts in Canada, USA, Netherlands, France, Germany, Austria, Belgium, Romania, Brazil, Mexico, Norway, Switzerland, Hungary, Costa Rica, and China. KLEZTORY produced its first CD, entitled KLEZTORY – Musique Klezmer at the beginning of 2001. Just a year later they recorded a second CD in collaboration with I Musici de Montreal, under the direction of Yuli Turovsky, which saw international distribution on the Chandos label in the spring of 2004. In March 2007 they released a third CD called Nomade. This album won them an Opus Prize in 2007 as the best Jazz / World Music album of the year in Québec. In 2012 Kleztory was selected as the only Canadian participant to compete at the 3rd International Jewish Music Festival in Amsterdam and were successful in winning prestigious the Fürth Klezmer Prize. In 2013 Kleztory launched the new album “Arrival”, complete with a new stage show. KLEZTORY has appeared as the soloist with numerous orchestras including the Montreal Symphony Orchestra, the Québec Symphony Orchestra, I Musici de Montreal, Les Violons du Roy, Brussels Chamber Orchestra and many others…
Their emotionally-charged shows, replete with humor and energy, bring happiness to everyone present. Diverse cultural backgrounds, passion, experience, and dedication make KLEZTORY exciting and unique; truly one of the most dynamic traditional klezmer ensembles in Canada and the world today.