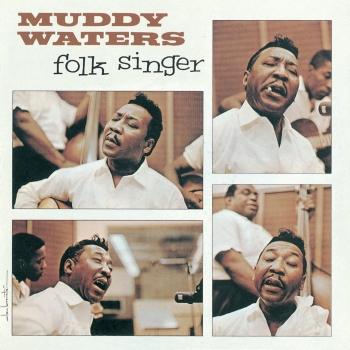 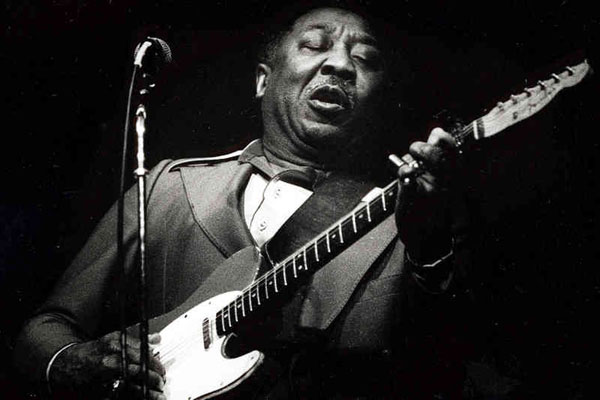 Muddy Waters
Anyone who's followed the course of modern popular music is aware of the vast influence exerted on its development by the large numbers of blues artists who collectively shaped and defined the approach to amplified music in the late 1940s and early '50s. chicago was the pivotal point for the development and dissemination of the modern blues and virtually everything else has flowed, in one way or another, from this rich source.
The revolution began inauspiciously enough in 1948 with the release of a 78-rpm single by a singer-guitarist called muddy waters. coupled on aristocrat 1305 were a pair of traditional mississippi delta-styled pieces 'i cant be satisfied' and 'i feel like going home,' and on them waters' dark, majestic singing. waters' use of amplification gave his guitar playing a new, powerful, striking edge and sonority that introduced to traditional music a sound its listeners found very exciting, comfortably familiar yet strangely compelling and, above all, immensely powerful, urgent.
From the start it was he who dominated the music, who led the way-in style, sound, repertoire, instrumentation, in every way-first as a greatly popular club performer from the mid-1940s on and, a few years later, as the most influential recording artist in the new amplified blues idiom. in the years 1948-55 he put forth for definition the fundamental approaches and usages of modern blues in a remarkable series of ground-breaking and, as time has shown, classic records. in the years since, the style waters delineated has been extended, fragmented, elaborated and otherwise commercialized, but the fundamental earthy, vital, powerful sound of the postwar blues as defined by muddy and his bandsmen has yet to be excelled-or even equaled, come to that. it's no accident the rolling stones chose their name from one of waters' finest early recordings the choice was merely prophetic, for muddy and his magnificent bedrock music continue to resonate as thrillingly and powerfully through the music of today as they did back in the late '40s and early '50s when we first heard them.
He was born mckinley morganfield-muddy waters is a nickname given him in childhood-in the tiny hamlet of rolling fork, mississippi, on april 4, 1915, but from the age of three, when his mother died, was raised by his maternal grandmother in clarksdale, a small town one hundred miles to the north.
It is scarcely surprising then that the delta region has nurtured a tradition of blues singing and playing that reflects the harsh, brutal life there, a music shot through with all the agonized tension, bitterness, stark power and raw passion of life lived at or near the brink of despair. poised between life and death, the delta bluesman gave vent to his terror, frustration, rage and passionate humanity in a music that was taut with dark, brooding force and spellbinding intensity that was jagged, harsh, raw as an open wound and profoundly, inexorably, moving. the great delta blues musicians-charley patton, son house, tommy johnson and, especially in waters' case, the brilliant, tortured robert johnson-sang with a naked force, majesty and total conviction that make their music timeless and universal in its power to touch and move us deeply. Visit: www.muddywaters.com/bio.html