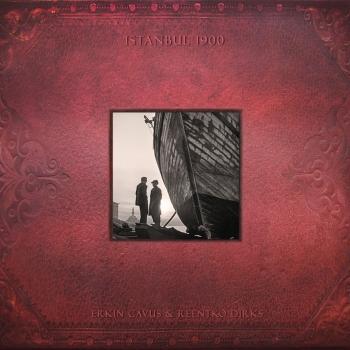 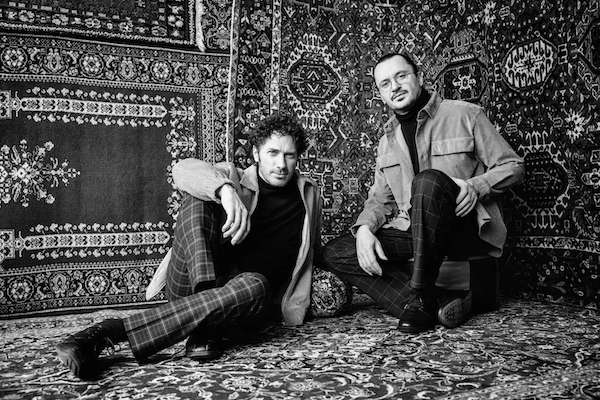 Erkin Cavus & Reentko Dirks
“One of the most innovative duos today,“ was the verdict of guitar legend Erkan Ogur regarding the Turkish-German duo Kalkan, which was founded by Erkin Cavus and Reentko Dirks in 2006. Kalkan has a very special musical language, which captivates the listener from the first note, constructs landscapes of sound and depth and creates its very own musical cosmos. It’s a language that reaches way beyond the limits of the guitar and exploits the instrument as a universal resonating body. The native Istanbul artist Erkin Cavus and the “northern” Reentko Dirks met during their studies of the acoustic guitar in Dresden and they come together right between their musical realms: world music, ancient Turkish melodies, jazz and film music are just some of the elements that join up to form a thrilling world of sound in Kalkan’s music. The Kalkan duo have written film soundtracks and been awarded prizes at international festivals.
Reentko Dirks
is a guitarist, composer and producer who has worked with prestigious ensembles and renowned artists throughout the world. He has written pieces for Cirque du Soleil and Semperoper Dresden, taken to the stage alongside stars including Yo-Yo Ma, Peter Bruns, Ben Becker and accordion virtuoso Ksenija Sidorova, and been invited to perform at legendary venues such as Carnegie Hall, 92Y (both New York), the Concertgebouw (Amsterdam) and Tchaikovsky Concert Hall (Moscow). From 2012 to 2015 he performed with and went on to compose for Giora Feidman. He also composes film music, his most recent project being the Czech blockbuster “Nationalstraße” (based on the bestseller by Jaroslav Rudiš; music composed in collaboration with pianist Clemens Christian Pötzsch).
Reentko has been a member of the European Guitar Quartet since 2012 and joined Masaa – winner of the German Jazz Award 2021. In 2021 he and Turkish guitarist Erkin Cavus released their highly anticipated new album “Istanbul 1900”.
Inspired by his intensive study of not only flamenco but also non-European and particularly Arabian music, Reentko’s unorthodox playing style blends a variety of genres, cultures and timbres to create an unconventional sound that has earned him multiple international prizes. Reentko Dirks (born 1979 in Bad Gandersheim) studied Acoustic Guitar under Professor Thomas Fellow at the Hochschule für Musik Carl Maria von Weber in Dresden before himself taking a teaching role at the school. He has initiated and participated in a broad range of artistic projects, with prize-winning examples including guitar duo “Dirks und Wirtz” (2006 European Guitar Award) and “Annamateur und Außensaiter” (2008 German Cabaret Prize). His role in the Grimme Prize-nominated television programme “Zärtlichkeiten im Bus” involved collaborations with leading pop acts such as Bosse, Max Mutzke, Samy Deluxe, Yvonne Catterfeld, Enno Bunger and Andreas Bourani.
Reentko and the drummer and percussionist Demian Kappenstein have made their sing-along format “Betreutes Singen” (literally “Sheltered Singing”) a sell-out success at the Scheune club in Dresden. Since 2020 their infectious live show has been a regular feature of the city’s major season of open-air cultural events “Filmnächte am Elbufer”. It is the perfect opportunity for Reentko to showcase his encyclopaedic musical knowledge, and in particular his ability to immediately break into any song from throughout the history of rock and pop. Reentko is a D’Addario artist.