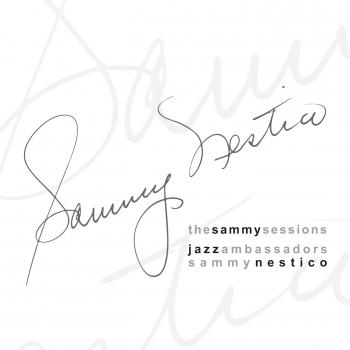 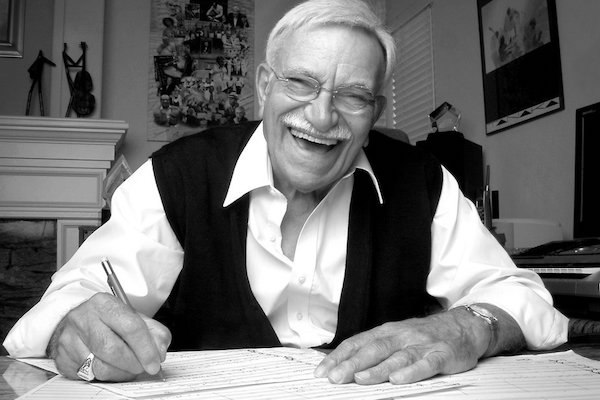 Sammy Nestico
has been on the music scene for many years. It could be said that he’s the most well-known big band arranger on the scene and he has worked with Frank Sinatra, Count Basie, Bing Crosby, Johnny Mercer and Toni Tennille, to name a very few. This recording’s opening track “Toni” was written for her, originally. For the first time, Sammy has written new compositions and arrangements specifically for the Jazz Ambassadors.
Famous for his arrangements for the Count Basie orchestra, Sammy Nestico -- a cousin of tenor saxophonist Sal Nistico -- has always had a productive, if lesser-known, solo career. Self-taught on the trombone, at age 17 Nestico was skilled enough to be a studio musician in Pittsburgh. He served in the military, gained a music degree at Duquesne University in 1950 and was staff arranger for the U.S. Air Force Band for many years. Nestico was also a busy freelance arranger: he worked with the U.S. Marine Band starting in 1963 and led the orchestra that performed at functions at the White House. Nestico started contributing arrangements to Basie in 1967 and during the next 15 years would occasionally write for an entire Basie album (including Have a Nice Day, ) Prime Time, Warm Breeze and the big band tracks on 88 Basie Street). Nestico has also written extensively for films and television, has been a significant jazz educator and recorded one album as a leader: Dark Orchid (a 1982 Palo Alto release).
The Jazz Ambassadors
was formed in 1969 and is the official touring big band of the United States Army. Over the years, “America’s Big Band” has included many fine musicians that have gone on to further acclaim, including drummer Steve Gadd. Throughout the year, the band has a full schedule of concerts, touring, and recording.