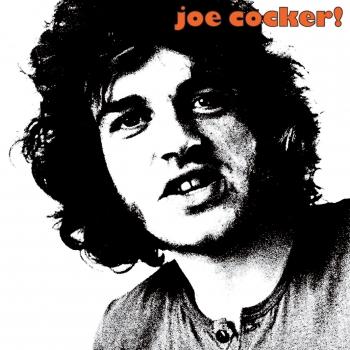 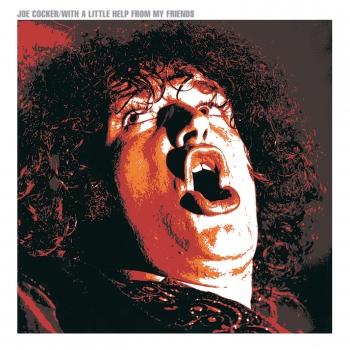 With A Little Help From My Friends (Remastered) 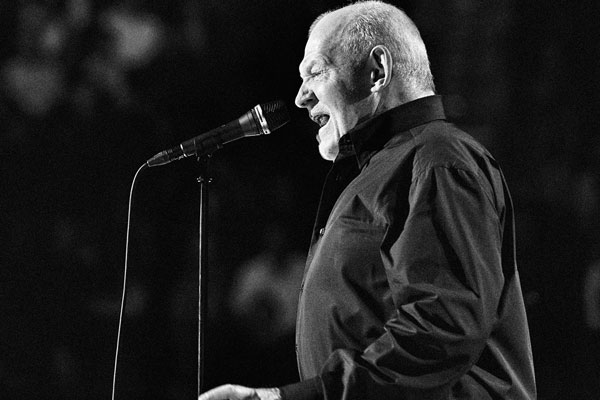 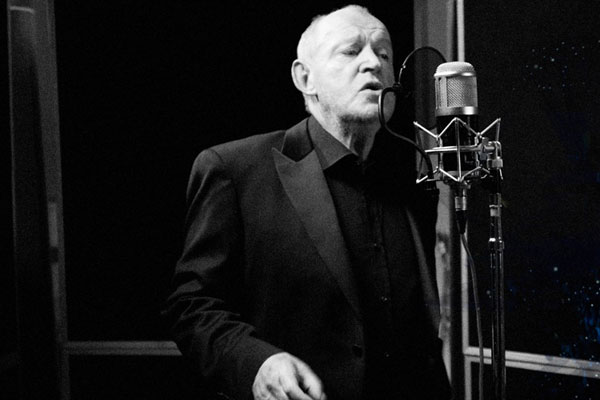 Joe Cocker
He has been a major player in the music business for more than forty years. He has released 21 studio and four live albums. His unmistakable bluesy soul voice is a musical trademark in its own right. He has sold millions of records and had massive hit singles all over the world. He is a Grammy, Golden Globe and Academy Award winning artist. He has even received an OBE. Without any doubt, Joe Cocker is not only a true music legend but one of the most successful and popular singers of the last four decades. But despite numerous accolades and million selling releases, he still sympathizes and very much identifies with those who haven’t been as lucky as him, the outsiders and underdogs. So it’s no surprise that when he’s being asked about his feelings towards TV competitions like “American Idol” (a show he has performed on twice - in France and in the US), he doesn’t seem too unhappy that these formats weren’t around in his youth. “When you think of all the losers on those shows, who disappear into nowhere”, he ponders, “it probably would have been more disillusioning for me if I had been in a competition like that – and lost, than to work in the pubs and come up that way”. It’s hard to believe, but this man, despite being an icon for generations of music fans and musicians alike, still can’t see himself being a winner. His new album, his first for the Sony Music label Columbia SevenOne, is called “Hard Knocks”.
“I’ve spent probably more time on the streets than being educated”, explains the 66-year-old Brit. “Fans who’ve been around long enough to remember me all those years ago will probably understand the album title.” But despite the rough theme and atmosphere that it suggests, Cocker devotees (who had to wait more than three years for new material from the singer) don’t have to be worried about a hard-edged new musical direction, far from it. “Hard Knocks” is much more pop than any of his releases in recent years – especially his last album. “With Ethan Jones, who I love and with whom I made ‘Hymn For My Soul’ in 2007, we almost did it like a ‘demo record’. We were using no electronics and no special effects”, explains Joe Cocker.
The 10 new tracks on “Hard Knocks” were recorded with Matt Serletic at the helm. It’s the first collaboration between him and Cocker. The Californian first emerged in the mid nineties when working with the alternative rock band Collective Soul. Later Serletic produced records for Matchbox Twenty, Rob Thomas, Blessid Union Of Souls and Carlos Santana. “I met quite a few producers at the time I met Matt”, says Cocker. “We were just having a chat in his studio. I said that I wanted to make a modern record, but not too modern. I know I’ve got to compete with 25 year old kids here, but I’m not Green Day and all that! I felt the vibe from him that we could make something a little different together.”
The recording sessions took place in Serletic’s own Emblem studios in Los Angeles involving a host of acclaimed musicians like Ray Parker Jr., Tim Pierce and Joel Shearer on guitar, Josh Freese, Matt Chamberlain and Dorian Crozier on drums, Chris Chaney on bass and Jamie Muhoberac on keyboards. The songs were mixed by Chris Lord-Alge and mastered by Bob Ludwig.
Another producer he had a go with was none other than Nashville legend Tony Brown, who once played piano for Elvis Presley. “Oddly enough we have the same accountant”, laughs Cocker in reference to the link-up. “He’s quite a character. Actually we also cut another track but it didn’t fit the bill for the kind of record I wanted to make.” The one that actually made the cut is also the only cover version on the album, the Dixie Chicks song “I Hope” (from their 2006 album “Taking The Long Way”). For a singer who is legendary for refining other people’s songs with his unique voice and interpretive style, the quantity of brand new original songs on “Hard Knocks” might come unexpected even for long-standing die-hard Cocker fans. “I used to take a lot of flak for doing covers, especially from younger people and the press”, he remembers. “And in mid production everyone was saying: ‘Well, Joe, they are going to expect a couple covers’ and at one point we were talking about doing a duet with Joss Stone. I’d really like to sing with her, but for some reason we never got the right song. But when I finally delivered 10 tunes they were happy enough and I thought: ‘It makes a change’.”
Unlike other bands and musicians who reliably praise their latest musical output as being their best ever, Joe Cocker pleasantly doesn’t believe in all the “next level shit” hype and rather lets the punters decide how “Hard Knocks” rates amongst his other works. “I guess it’s only about my 21st album in forty-odd years. That doesn’t seem a lot”, he muses. “I wait till I get feedback from the people. I haven’t even played it to them.” The singer will have to hold back his curiosity at least until October. Then not only will the new album be released, but he will also be touring Europe – for the first time since 2007.
Playing live is, and always has been, an integral element of his job and one that Joe Cocker always enjoys immensely. Apart from presenting the songs from “Hard Knocks” live for the first time, he is preparing another little surprise for his fans. “There are some songs that were quite successful, but always have been neglected for the live shows”, he explains. “Of course we always do ‘You Can Leave Your Hat On’ and ‘Unchain My Heart’, but now I want to do a little montage in the middle of the show that includes some old songs like ‘Simple Things’ and ‘Tonight’.”