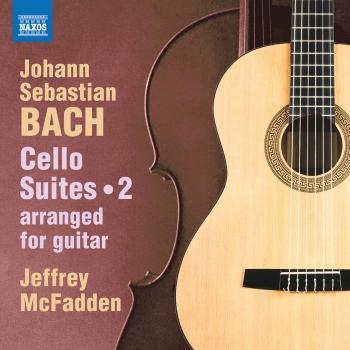 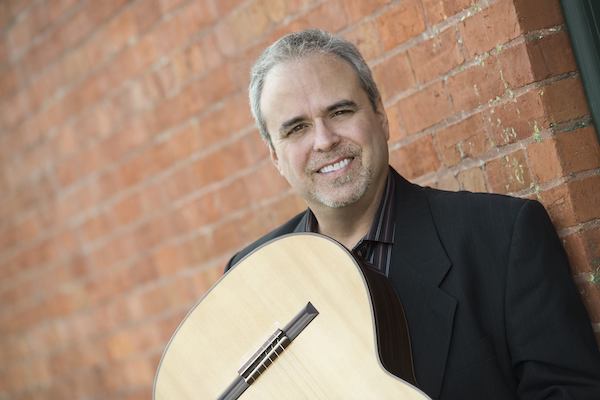 Jeffrey McFadden
Over the course of a twenty-five year career, Jeffrey McFadden has established a place among the most admired guitarists of his generation. Concert engagements have taken him throughout North America and Europe. He has been a featured performer at many international music festivals, since the late 1980's including Guitar ’87, the Guitar Foundation of America Convention, Gitarren-Symposium Iserlohn, the National Flute Association (USA) Convention, the Festival Mediterraneo della Chitarra, and many others. In 1992, Jeffrey McFadden was awarded a Silver Medal in the prestigious Guitar Foundation of America Competition. This lead to his debut recording, the first in the Laureate Series on Naxos, which has sold in the tens of thousands of copies. He has recorded eight highly acclaimed albums since then, featuring the works of Fernando Sor, Napoléon Coste, Agustin Barrios, and most recently, Mauro Giuliani's arrangements for guitar duo of famous Rossini overtures (with guitarist Michael Kolk). Jeffrey McFadden is the first ever graduate of the Doctor of Musical Arts degree program at the University of Toronto studying under Norbert Kraft. An Eaton Fellow, he completed his dissertation in 2010. It forms the basis of his groundbreaking book, Fretboard Harmony: Common-Practice Harmony on the Guitar, published in 2010 by Les Productions d’Oz. McFadden is Head of Guitar Studies and Associate Professor, Teaching Stream, in the Faculty of Music, University of Toronto. A highly sought-after pedagogue and clinician, his students have garnered numerous Canadian and International awards and scholarships. He has worked with students at nearly every major University music program in Canada and many abroad. He is a prolific arranger and has for many years curated the Royal Conservatory of Music Guitar Series with his colleague Robert Hamilton. Jeffrey McFadden was the recipient of the 2012 City of Hamilton Arts Award for Music and is the founder and artistic director of the Sauble Beach Guitar Festival. https://www.facebook.com/jeffreymcfaddenmusician “McFadden's ability to make the guitar sing is second to none..” - Daily Telegraph (UK)