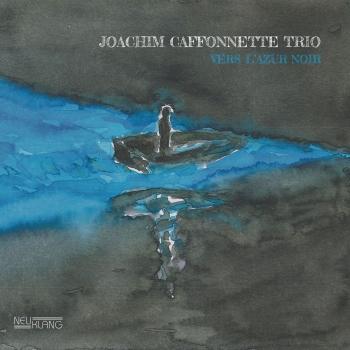 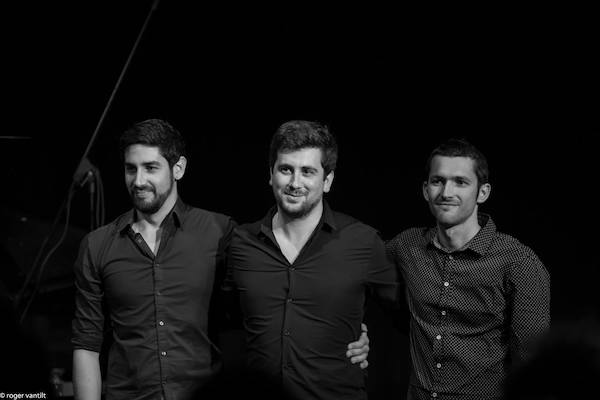 Joachim Caffonnette
was born on the 4th of July, 1989. There is no pride in that useless fact, but from the point of view of a European jazz musician, it might make sense… Or maybe not. Fruit of the union between a globetrotter avant-garde actress and a passionate father specialized in multi-tasking, Caffonnette’s childhood was spent on tour, in the dressing rooms and behind lighting control desks of countless theatres. At the age of 5, when his mother asked him if he wanted to play an instrument, he chose the piano… God knows why.
Caffonnette started practicing the instrument in a dilettante way, devoting the rest of his time to an eclectic number of activities such as martial arts, drawing, chess, writing, theatre, football, cooking and scouting. Upon entering his teenage years, he discovered jazz music, and aged 14, decided that he wanted to become a jazz pianist.
The assumption might be right or wrong, but it is common thought that deep knowledge of classical music is a huge asset to jazz musicians. Following that belief, Caffonnette enrolled in a classical music high school program where he improved his mastery of the piano and dived into the delights of solfeggio and counterpoint. During his time there, he already suggested personal arrangements to his chamber music teachers and wrote his first compositions, playing them at auditions and exams besides his classical program. ​
After graduating, he entered the jazz class of the Royal Conservatory of Brussels where he had the opportunity to study with pianist Eric Legnini among others. When he turned 19, Caffonnette wholeheartedly stepped in the night life of Brussels’ jam sessions, mixing the academic teaching with the good old way of learning jazz by confronting himself to experienced musicians and performing his first concerts. ​
Thanks to his American uncle and his family's friends around the world, he travelled a lot, including several stays in New-York City that allowed him to feed himself with the jazz energy of the big apple. The local media library became his new favorite spot, and he copied on audiotapes tons of albums by Herbie Hancock, Bill Evans, Thelonious Monk or Michel Petrucciani.
Aged 20, blown away by the multiple talents of the New York jazz scene, he attended a workshop in Italy given by various American musicians, including guitarist Kurt Rosenwinkel. Rosenwinkel’s music, as well as Brad Mehldau’s and Caffonnette’s love for late 19th, early 20th century’s classical music changed the young man into a hard-working composer. He decided to put aside his traditional piano-bass-drum trio for a while and added a saxophone and a guitar to the band’s line-up. From that day on, the quintet would never stop to evolve.
​ Caffonnette practiced his skills on the stages of Brussels’ jazz clubs, especially the famous Sounds Jazz Club. For 3 years in a row, the club offered him an artistic residence, allowing him to play, experiment and learn the job as no conservatories ever could. ​
Relentless in his practice of the jazz standards repertoire, composing, playing and arranging music for all kinds of ensembles of any size, teaching and learning, committed to the associative sector and a strong advocate of the cultural sector, Joachim Caffonnette has mastered his knowledge of composition with Kris Defoort, a teacher that opened his eyes and ears to avant-garde music and the importance of paying attention to details that transcend a musical composition. In 2015, aged 26, he released his first full album, "Simplexity", and since then continues steering his ship into the rough artistic world of the 21st century.
Since June 2018, Caffonnette is also the chairman of "Les Lundis d'Hortense". As a cooking enthusiast, he runs a Facebook page where he shares his own vegan recipes. He also wrote a first novel that will hopefully be published in 2020.