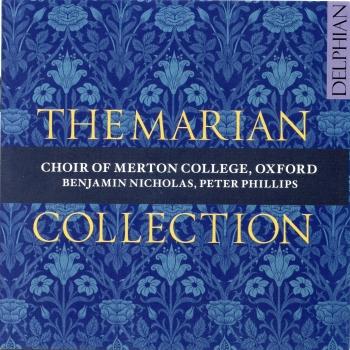 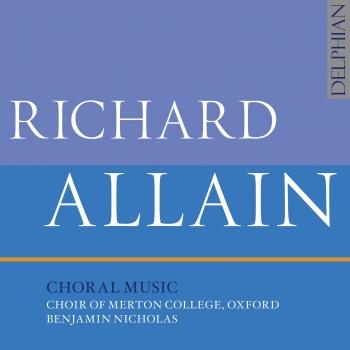 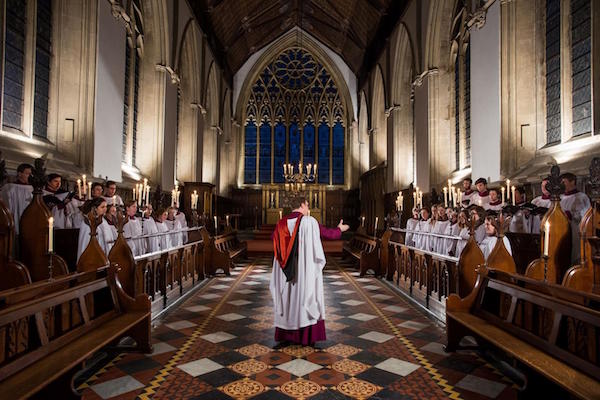 The Choir of Merton College
is one of Oxford’s leading mixed-voice choirs and sings the services, during term-time, in the thirteenth century chapel. Outside term, the choir tours regularly, most recently visiting Sweden, France and the USA. Recent concert performances have included Duruflé’s Requiem in Gloucester Cathedral as part of the Cheltenham Music Festival, Tallis's Spem in alium in the Beaujolais Festival and Mozart's Requiem in St Germain-des-Pres, Paris. The choir regularly appears in London at St John’, Smith Square and The Cadogan Hall.
The choir’s recordings are for Delphian, the most recent being a disc of Christmas music which sees the choir collaborating with the Oxford Philharmonic Orchestra. The choir's debut CD In the beginning was named 'Gramophone Choice' in the December 2011 edition of Gramophone. The choir regularly broadcasts on Radio 3.
In the last few years Merton College Choir has given first performances of new choral works by Birtwistle, Weir, Tavener, MacMillan and Dove.
Benjamin Nicholas is Director of Music at Merton College, Oxford. As a conductor he has appeared with the City of London Sinfonia, Oxford Philharmonic Orchestra, The Trondheim Soloists and The Holst Singers, in works such as Elgar’s The Dream of Gerontius, Holst’s Savitri and Duruflé’s Requiem. His most recent organ recording, of Elgar’s organ works, was described by The Sunday Times as ‘a musical achievement…captivating”.
With Merton College Choir, Benjamin Nicholas has toured to France, Sweden and the USA, and directed the choir in numerous world premieres of music by Birtwistle, Chilcott, Dove, Jackson, MacMillan, Tabakova and Weir. He was heavily involved in the design and installation of the new Dobson Organ at Merton, and directs the annual Passiontide at Merton festival. In September of this year, he conducts the first rehearsals of the new Merton College Girls’ Choir.