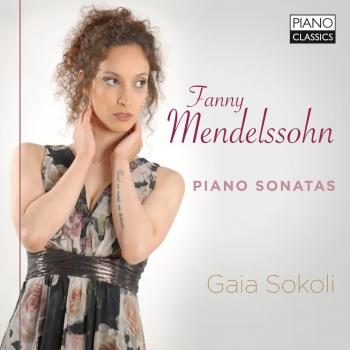 Gaia Sokoli
was born in Erba in 1998 and began studying the piano with Claudia Boz, graduating under her guidance with full marks at the age of 16. She continued her studies with Leonid Margarius at the “Incontri col Maestro” Piano Academy in Imola and is currently specializing with Roberto Prosseda and Alessandra Ammara at the Accademia MusicaFelix. Ms Sokoli has won over 50 first prizes in national and international competitions, including the Concours International “Nice - Cote d’Azur”, the TIM - Torneo Internazionale di Musica, the Concours “Simone Delbert-Février” of Nice for piano and orchestra, and the Pianolink Master Contest. She also won second prize at the “M. Bramanti” Competition and at the “Il Pozzolino” International Competition in Seregno.
Her concert performances include appearances with the Cannes Symphony Orchestra, the “M. Jora” Philharmonic Orchestra in Bacau, the Pozzoli Philharmonic, and the Pianolink Philharmonic Orchestra. She regularly gives piano recitals in Italy and has recently performed for Amici della Musica di Pistoia, the OperaBarga Festival, Pietrasanta in Concerto, Cremona Musica, and the Mozart Italia Association of Rovereto. Her concert activity has also led her to perform in France (Concerts de Jeunes Talents ”in Nice), Switzerland (“New Year Music Festival ”in Gstaad), Romania (Sala Ateneu in Bacau), Albania (“Pianodrom Festival” in Tirana), and Russia (International House of Music in Moscow). After winning first prize at the “Bradshaw and Buono” International Piano Competition, she made her debut at Carnegie Hall in New York.
Her first album, featuring the three piano sonatas by Fanny Mendelssohn, is being released in 2021 by the Dutch label Piano Classics. Ms Sokoli is continuing her interpretative research on Fanny Mendelssohn’s piano works and is preparing a second album, which will include “Das Jahr” and various other pieces, never previously recorded.