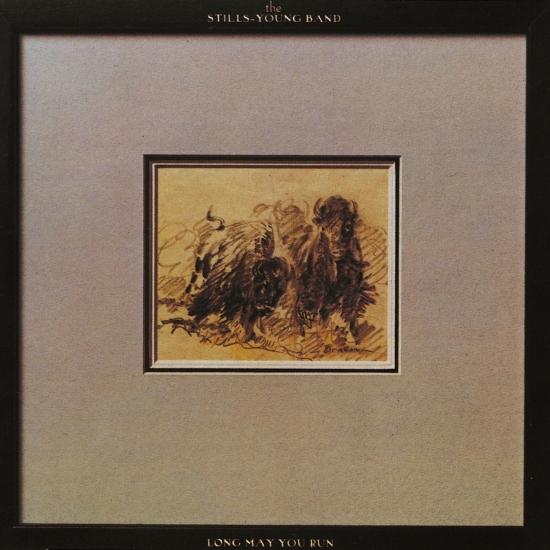 Remastered from the original Analog recordings. Long May You Run is not a Neil Young solo album. It is credited to "The Stills-Young Band," which is to say, Stephen Stills and his band with Young added, and the two divide up the songwriting and lead vocals, five for Young, four for Stills. The pairing, though it proved short-lived and had, in fact, ended before this album was released, must have seemed commercially logical. Like Young, Stills had seen his record sales decline after a successful period following the 1970 breakup of CSNY. So had erstwhile partners David Crosby and Graham Nash, but they had returned to Top Ten, gold-selling status in the fall of 1975 with their Wind on the Water duo album.
Why couldn't Stills and Young do the same thing? Maybe they could have (and, actually, this was the first gold album for either in two years) if they had made a better record together. Young's songs were pleasant newly written throwaways with the exception of the title track, a trunk song he had written as a tribute to an old car, it’s a brilliant performance and would have fit any of his solo albums at the time. “Fontainebleau” is just a cut below and features some creative guitar work and an odd beat. His other three songs are okay which is faint praise. “Let It Shine” is amusing if nothing else, “Midnight On The Bay” does have some nice guitar work from Stephen Stills. In the other hand, Stills' compositions seemed more seriously intended, but still were not substantial. The playing, largely handled by the professional sessionman types in Stills' band, was far smoother than what one was accustomed to in a Young album.
Neil Young, guitars, piano, harmonica, string synthesizer, vocals
Stephen Stills, guitars, pianos, vocals
Joe Lala, percussion, background vocals
Jerry Aiello, organ, piano
George "Chocolate" Perry, bass, background vocals
Digitally remastered

This Note's for You (Remastered)

Long May You Run (Remastered)

Live At The Cellar Door (Remastered)

Fork In the Road (Remastered)

Dead Man (Music from and Inspired by the Motion Picture) (Remastered)

After the Gold Rush (Remastered)

Everybody Knows This Is Nowhere (Remastered)

On The Beach (Remastered)