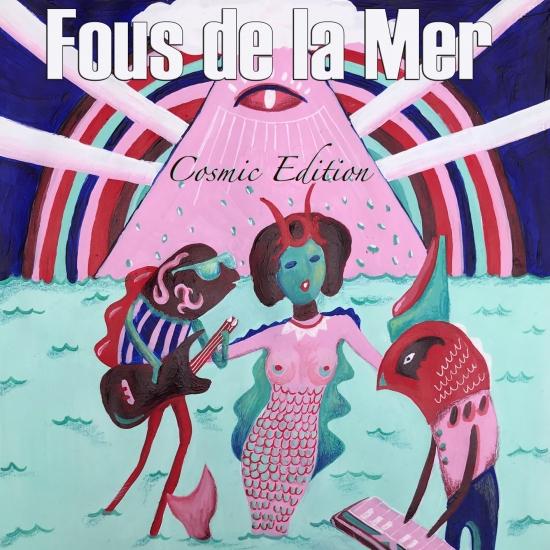 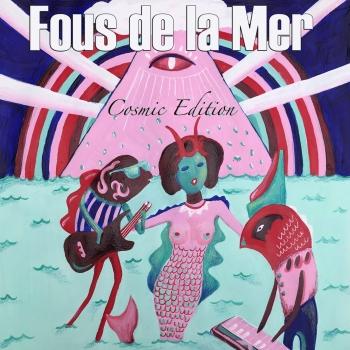 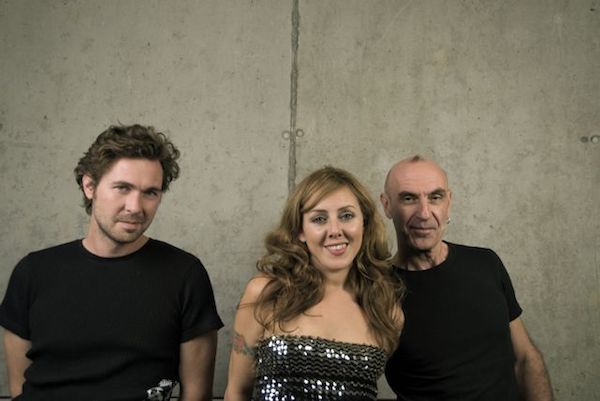 Fous de la Mer
After their legendary show with their then project Glissando Bros at Barcelona’s Sonar Festival in June 2001 Marko Bussian (keys) and Jean-Charles Vandermynsbrugge (bass, also known from ʻSeñor Coconut and His Orchestraʼ) decided to visit the mysterious island of Ibiza in a quest for new inspiration. Here they found the voice of wonderful Sol Ruiz de Galarreta, one of the most exceptional vocalists of this magical island (ʻThe islandʼs most beautiful mermaidʼ – Pacha magazine). ʻFous De La Merʼ was born.
In 2004 they recorded their first album ʻStars & Fishesʼ, one of the most emotional albums emerging from the balearic music style to date. Since then, many of their songs, such as second albumʼs ʻUltramar (2006) ʻNever Stop Lovingʼ, ʻConmigoʼ or ʻWatersongʼ, as well as instrumental pieces, such as ʻStars & Fishesʼ, ʻVue sur la merʼ or ʻThe real santiʼ have become classics of the chill-out genre.
ʻFous De La Mer’s music can be found on some of the internationally most acclaimed chill-out compilations (Sony ‘Erotic Lounge’, ‘Café Ibiza’, HedKandi ‘Serve Chilled’ 2007) and has been used for film and TV (Vox ʻWolkenlos Ibiza Special’ 2005 & 2006).
Two years after the release of the ‘Stars & Fishes’ album, the Ibiza-based musicians now are diving into their deeply touching escapisms about a day at the sea again. And the musical horizon on ‘Ultramar’ has significantly broadened. ‘On »Ultramar«, you can see the maturing process towards a much more individual sound, which, in contrast to many chillout productions, allows much more experiments towards traditional songwriting and intensive sound athmospheres. However, the warm basic mood which actually represents the specific sound of Fous de la Mer remained.’
With the following album ‘Ipanema’ (2008), ‘Fous De La Mer’ created a tribute to one of the most famous bossa nova albums of the 60ʼs ‘The Girl From Ipanema’ (Stan Getz and Astrud Gilberto). This time, the best-selling songs with acoustic instruments (guitar, piano, double bass and percussion) were recorded live in the studio and re-interpreted in a traditional bossa nova style. The album has found its place in the Spanish portal of iTunes amongst well-known pop artists.
In time for summer 2010 the band released a 6-track EP featuring title song ʻAll We Need Is Loveʼ, a 60ʼs-inspired summer hymn, joined by typical electronic chill-out tunes and a special dub version of their song ʻBigger Loveʼ (Ipanema). The title song ‘ All We Need Is Love ‘ remains in the top 10 of the German Chill Out Charts for 8 weeks ( DCOC ).
Just in time for summer 2011, the fourth studio album ‘Reggatta de Bleu’ is released. Name and cover were inspired by the 80’s album ‘Reggatta de Blanc’ from ‘The Policeʼ.
With ‘All I need’, a cover version of the French band ʻAirʼs original song, ‘Fous De La Mer’ show convincingly how to convert a pop music classic into their own, unique style.
The new songs with Sol’s vocals, (ʻTime to wake upʼ, ʻSay itʼ, ‘Balanceando mis Caderasʼ) charm the listener once again, and instrumental tracks like ʻReggatta de Bleuʼ or ʻAll around the worldʼ are of such cinematic width that one imagines them very well in a good movie.
The ʻFous De La Merʼ sound again irresistibly spreads its magic on every beach in this world.