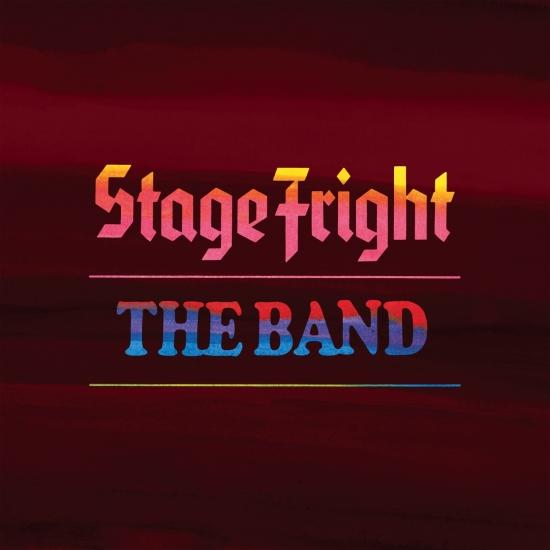 By the time The Band was ready to record their third album, Stage Fright, in 1970, they were riding high from having released back-to-back albums that solidified them as one of the most exciting and revolutionary groups of the late 1960s. Seemingly coming from nowhere and everywhere in '68, their landmark debut album, Music From Big Pink, drew from the American roots music panoply of country, blues, R&B, gospel, soul, rockabilly, the honking tenor sax tradition, hymns, funeral dirges, brass band music, folk, and rock 'n' roll to forge a timeless new style that forever changed the course of popular music. When they released their seminal eponymous second album the following year, "The Brown Album" as it would lovingly be called, not much more was known about the reclusive group. The band, made up of four Canadians and one American, was still shrouded in mystery, allowing for listeners and the music press to let their imaginations run wild about who these men were and what this music was that sounded unlike anything else happening at the close of the psychedelic '60s. Dressed like 19th century fire-and-brimstone preachers and singing rustic, sepia-toned songs about America and the deep south, The Band – Garth Hudson (keyboards, piano, horn), Levon Helm (drums, vocals, mandolin), Richard Manuel (keyboards, vocals, drums), Rick Danko (bass, vocals, fiddle) and Robbie Robertson (guitar, piano, vocals) – was an enigma, unlike any group that came before or after.
One of the few things known about the elusive band was that, along with neighbor and collaborator Bob Dylan, they called the rural artist community of Woodstock, NY home base, years before the sleepy town became a cultural flashpoint and shorthand for the emerging counterculture in the wake of the massive Woodstock Music & Arts Festival, held 40 miles southwest in Bethel, NY. The one band to actually hail from Woodstock, The Band famously played their second-ever show on the final day of the festival in front of nearly half a million people.
As a result of Woodstock, the small town became a Bohemian mecca of sorts and was overrun by the hordes of people it was now attracting. As a peace offering to their community, The Band rented out the Woodstock Playhouse to host a concert where they'd debut their new batch of songs they had been workshopping to their neighbors. Fearing that the show would only attract more outsiders and make matters worse it was turned down by the townsfolk. As a result, The Band ended up recording their next album on the playhouse stage, without an audience. Enter: Stage Fright.
In the spring of 1971, The Band set off to Europe where they hadn't played since their tumultuous tour with Bob Dylan in 1966, where they were booed every night as the folk rock purists felt betrayed by Dylan who had gone electric, backed by The Hawks who would soon after become The Band. Not having played there in five years, the guys were understandably weary and didn't know what to expect, but instead of boos they received a rapturous response at their first concert in Hamburg, Germany and would go on to play for one enthusiastic crowd after another. "Each member of The Band was on a musical high. Everybody playing and singing at the top of their game. Each night, from Amsterdam to Paris to Copenhagen, the spirit kept rising," remarks Robertson. When it came to the band's concert at London's Royal Albert Hall, they wanted to document it so EMI taped it on a 4-track machine. For the first time ever, this concert recording is being released as Live At The Royal Albert Hall, 1971, an exhilarating 20-song set that captures the band firing on all cylinders and delivering rousing performances of songs from their then-recently released third album alongside their most popular tracks from Music From Big Pink and "The Brown Album" such as "The Weight," "King Harvest (Has Surely Come)," "Up On Cripple Creek," "The Night They Drove Old Dixie Down," "Across The Great Divide," "Chest Fever," and inspired covers of Dylan's "I Shall Be Released" and the Stevie Wonder-penned, Four Tops hit, "Loving You Is Sweeter Than Ever." With the help of Clearmountain, these recordings have been restored nearly five decades later, allowing listeners to experience what Robertson call "One of the greatest live concerts The Band ever played."
Whereas this electrifying concert showcases The Band playing as good as they ever did, The Calgary Hotel Recordings, 1970 offer a glimpse into a different kind of performance, the kind of fun, spur-of-the-moment jam sessions that were bound to happen whenever the guys were together in a hotel room or backstage on tour. As Robertson started to run through some of The Band's new songs recently recorded for Stage Fright, photographer John Scheele, who was traveling with the group on the Festival Express, hit record on his portable cassette recorder and captured the spontaneous performance late at night on July 3, 1970 in Calgary, the last stop of the legendary tour. The field recordings, which feature Robertson on guitar and vocals with Danko harmonizing and playing rhythm and Manuel joining in on vocals and harmonica, are a fascinating document that lets fans hear the friends letting loose and having a good time together doing what they loved to do.
The Band
Digitally remastered