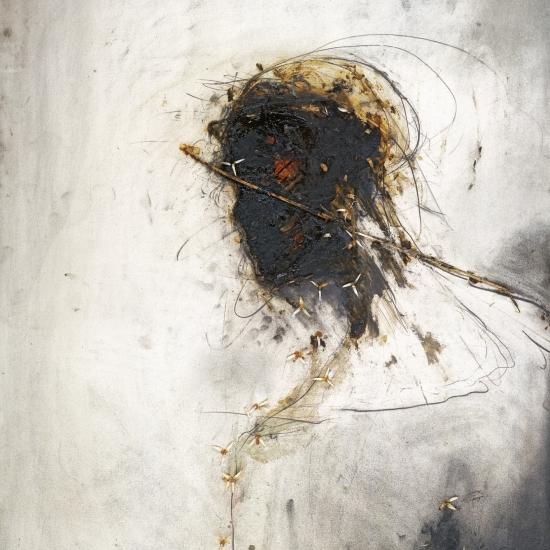 Originally released in 1989. Peter Gabriel's remarkable musical collage for Martin Scorsese's film, 'The Last Temptation of Christ'. A 1990 Grammy Award winner. Peter recruited some of the finest singers and soloists in the field of world music and set the score on a backdrop of traditional North African rhythms and sounds.
"It was a wonderful experience working with such different and idiosyncratic musicians. They came from Pakistan, Turkey, India, Ivory Coast, Bahrain, Egypt, New Guinea, Morocco, Senegal and Ghana. For many of them working with this material was something quite new and they were very enthusiastic. The soundtrack is full of the spirit of their performance." (Peter Gabriel)
Released a year after Martin Scorsese’s controversy-laden film first hit the big screen in 1988, Passion tends to be regarded as a work in its own right rather than just being a movie soundtrack. It features additional music than was included in the film; this extra material was the result of Peter continuing to record and to resolve “unfinished ideas”, hence the later arrival of the record.
“In my research for Passion, many people mentioned the wonderful resources of the National Sound Archive and in particular introduced me to Lucy Duran, who both understood what I was hoping to achieve and made lots of great suggestions. Scorsese had asked for a new type of score that was neither ancient nor modern, that was not a pastiche but had clear references to the region, traditions and atmospheres, but was in itself a living thing.”
Built on a foundation of Middle Eastern and North African rhythms and melodies, Passion is unsurprisingly Peter’s most spiritual work, no more so than when the alternately ascending voices of Nusrat Fateh Ali Khan, Youssou N’Dour and himself interweave on the title track. Nusrat and Youssou are far from the only notable guests; the cross-continental gathering of musicians also includes Senegalese griot Baaba Maal, jazz drummer Bill Cobham and avant-garde trumpeter Jon Hassell among many others.
The very first release on Peter’s just-launched Real World label, Passion provided some instant success for the new enterprise when it was awarded a Grammy. A companion album, Passion Sources, was released simultaneously and whilst not featuring Peter as a musician, revealed the music, sources and inspiration that went into the soundtrack.
“Stirring, stunning stuff [from] an artist who remains idiosyncratic without being obtuse” (Rolling Stone)
Peter Gabriel
Recorded February 1988 – March 1989 at Real World Studios, Box, Wiltshire
Produced by Peter Gabriel
Digitally remastered

And I'll Scratch Yours (Remastered)

Scratch My Back (Remastered)

Birdy (Music From The Film / Remastered)

Passion (Music For The Last Temptation Of Christ / Remastered)

Peter Gabriel
has earned a worldwide reputation for his innovative work as a musician, writer and video maker. When at school he co-founded the group Genesis, which he left in 1975. His albums, live performance and videos since then have won him a succession of awards. Gabriel has released eleven solo albums and in 1986, his album 'So' won him his first Grammy. The videos from this project confirmed him as a leader in video production and included 'Sledgehammer', which has won the most music video awards ever, including number one position in 'Rolling Stones' top 100 videos of all time and the MTV most played video of all time.