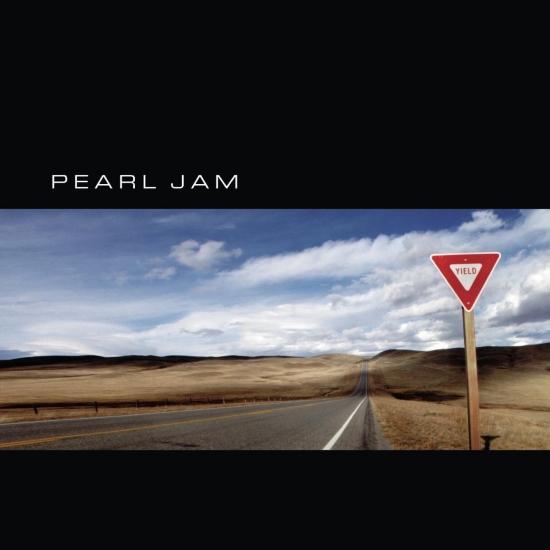 The Seattle band once notable for its arena rock anthems is now remarkable mostly for its hushed melodies. On Pearl Jam's fifth album, the rockers seem slapdash ('Do the Evolution', 'Brain of J'), and the arty experiments sound self-conscious (especially the 67-second knockoff, '-'). That leaves the ballads, especially the lovely lilt of 'Low Light' and the clear-eyed lament of 'Wishlist.' On the latter song, Ed Vedder (as he now calls himself) yearns to be many different things, from a neutron bomb to a souvenir key chain. However, the line that sticks out is, 'I wish I was as fortunate, as fortunate as me.' Instead of considering himself lucky to be a rock star, Vedder sounds relieved to have moved beyond it.
„Perhaps shaken up by the chilly reception to the adventurous No Code, Pearl Jam returned to straight-ahead hard rock on their fifth album, Yield. There remain a few weird flourishes scattered throughout the album, from the spoken word 'Push Me, Pull Me' to the untitled Eastern instrumental bonus track, but overall, Yield is the most direct record the group has made since Ten. That doesn't mean it's the best. Pearl Jam have trouble coming up with truly undeniable hard rock hooks, and Eddie Vedder remains at his most compelling on folk-tinged, meditative numbers like 'Low Light,' 'In Hiding,' and 'All Those Yesterdays.' They also fall prey to their habit of dividing the record into rock and ballad sides, which makes Yield a little exhausting, even at its concise length. It also emphasizes the relative lack of exceptional material. Yield is more consistent than Vitalogy and No Code, but it doesn't have songs that reach the highs of 'Better Man,' 'Corduroy,' or 'Who You Are.' Ironically, the album doesn't rock hard enough -- 'Do the Evolution' and 'Brain of J.' have garage potential, but there's more bite and distortion on Vedder's voice than there is on the guitars. It's hard to view Yield as a disaster, since Pearl Jam's conviction still rings true, but it's frustrating that journeyman tendencies have replaced the desperate, searching confusion that was the most appealing element of the band's music.“ (Stephen Thomas Erlewine, AMG)
Jeff Ament, bass, vocals
Stone Gossard, rhythm guitar, vocals, bass
Jack Irons, drums, percussion
Mike McCready, lead guitar
Eddie Vedder, lead vocals, rhythm guitar
Recorded February–September 1997 at Studio Litho and Studio X, Seattle, Washington; Southern Tracks Recording and Doppler Studios, Atlanta, Georgia
Produced by Brendan O'Brien, Pearl Jam
Digitally remastered