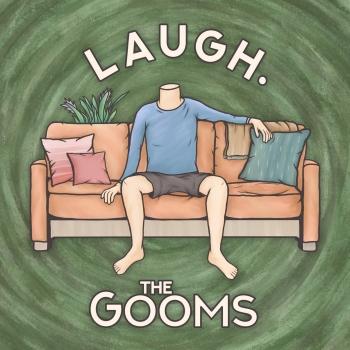 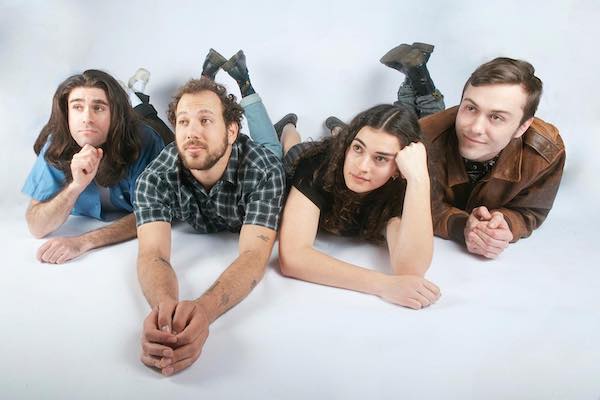 The Gooms
are a Los Angeles-based indie-rock quartet. After emerging with a series of demos back in 2017, they took their first steps into studio recordings with 2018’s EP, With an M. Now some two years later, the band are gearing up for the imminent release of their debut album, Laugh, out at the end of next month.
So far, the band have shared two offerings from Laugh the wonderful I’m Judy Garland, and their most recent offering, Free Sweaters? Fantastic! Discussing the track, The Gooms have suggested it’s a track about, “slowly, but surely unraveling in the face of deciding which version of ourselves we want to be today”. To the band’s trademark blend of upbeat indie-punk melodies and darkly humorous lyricism, the track charts a downward spiral out of control, “as if the brain is moving faster than the mouth”. The Gooms ability to combine an energetic almost silly exterior with a hidden exploration of the human psyche is what causes them to shine above the crowd – life can be tough, and that’s just one more reason to make sure it’s an enjoyable as it possible can be. The Gooms know that and now we do too.